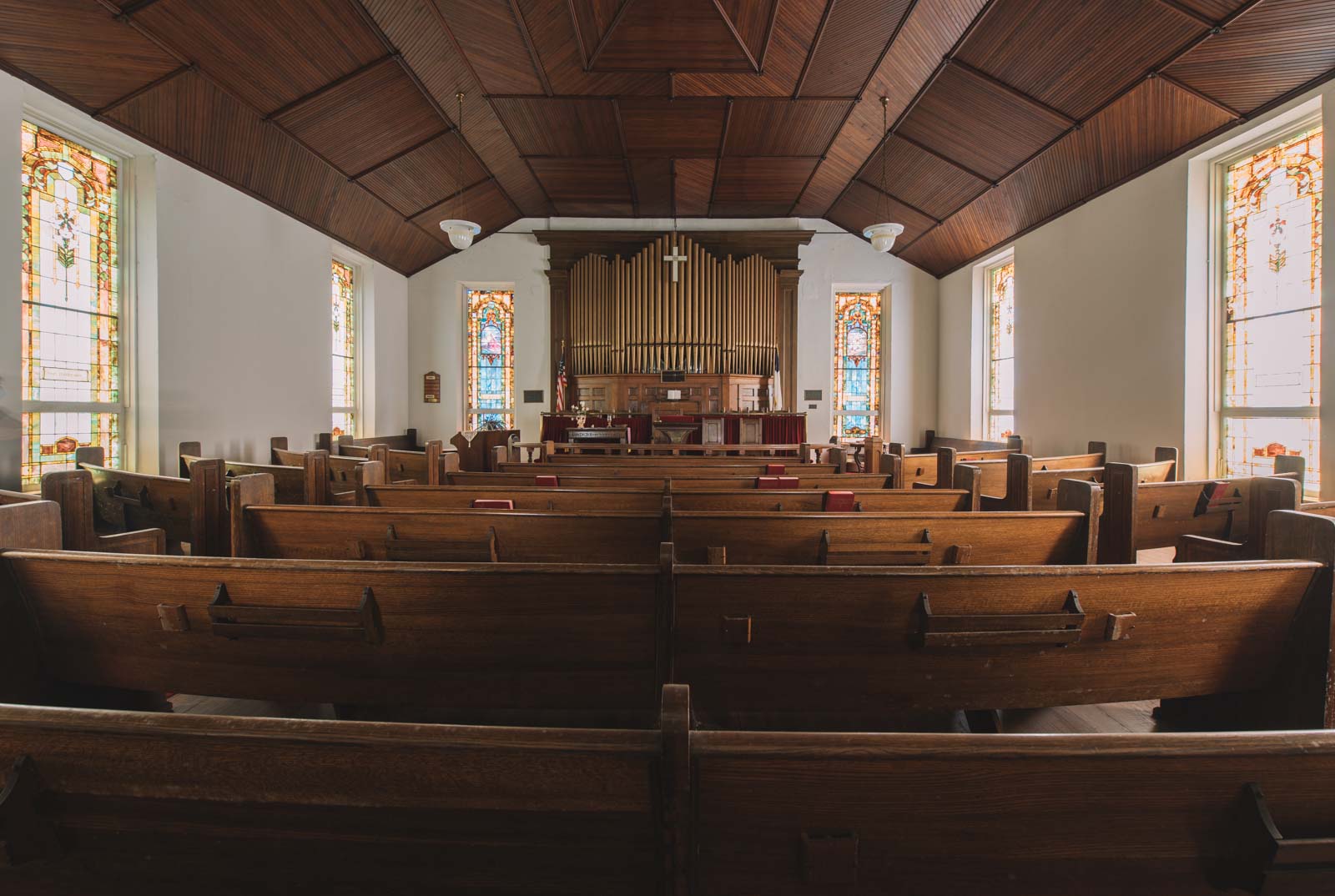 The United Methodist Church in Uniontown, Alabama is a brick Greek Revival church building constructed in 1858 by local builder Theophilus Gilliam Fowler. Its history dates back to February 11, 1842, when the Methodists obtained a lot on Water Street from Uniontown pioneers Philip and Anne Weaver and soon erected a wooden building. Something interesting of note is that members of the local Episcopal Church held their first service in the old Methodist Church during the summer of 1844 before erecting their own church building in 1848.

The wooden building was used until 1857 when the new brick building was erected by Theophilus Gilliam Fowler and his brother, John Douglas Fowler. Theophilus Fowler was a Civil War veteran and local master builder whose most notable work is Fairhope Plantation located one mile east of Uniontown. The building is described as a one-story brick building with a large auditorium resting on a full basement. The facade is embellished with four full-height pilasters with Doric capitals, a central double-leaf entrance set in an elaborate arched enframement with decorative paneling and a quatrefoil motif, and a small conical roofed steeple resting on an octagonal lantern.

Much of the facade remains the same from when it was built with the exception of the windows and steeple. The current stained glass windows were added during a 1921 renovation and the original church steeple was removed because it was believed that it was causing cracks in the front walls of the church due to its weight. The bell located on the front lawn of the property is what remains of the original church steeple. A lighter-weight steeple was placed on the church in 1971. The interior also remains much the same except the gas chandeliers were replaced with electric lights and new pews were added during the 1921 renovation.

The Uniontown United Methodist Church is listed on the National Register of Historic Places as a contributing property to the Uniontown Historic District. The building is at risk due to the deterioration of the bricks and a small congregation of about five members.