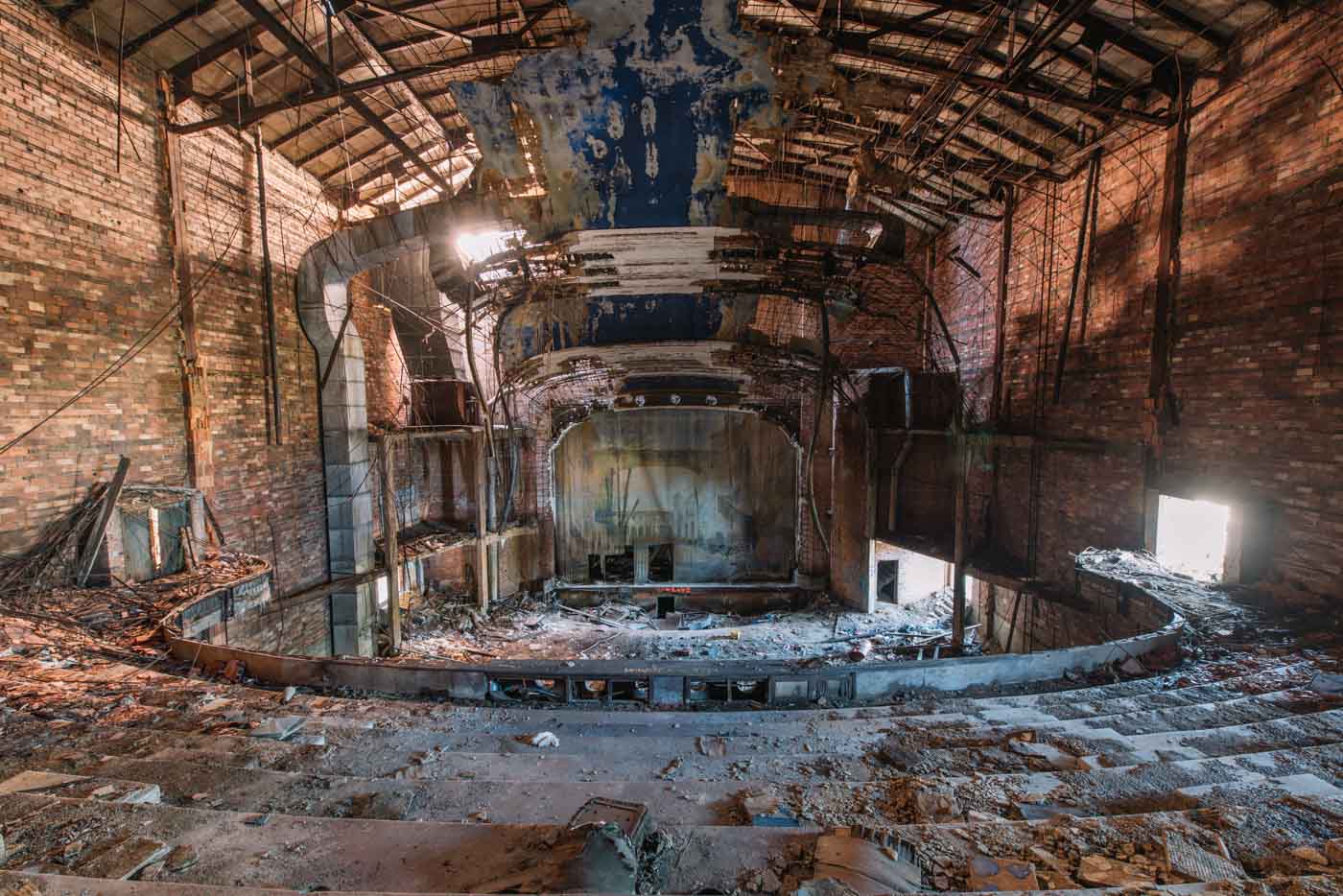 The Palace Theater was designed by renowned theater architect John Eberson in the atmospheric style; the auditorium ceiling was painted blue to give the illusion of an open sky and decorative elements were added to give visitors the illusion of being in a distant land. Built by Maximillian Dubois, construction on the theater began in 1924 and it was open the following year. From the time of its opening, the Palace was one of the grandest venues in the city featuring live stage shows, vaudeville acts, and motion pictures.

When the U.S. Steel plant went into decline, so did the rest of Gary including the Palace Theater. In 1968, 10th grader Aldrid Black was stabbed to death in the theater lobby after a showing of Bonnie and Clyde. Violent incidents continued until 1972 when a young lady was attacked in the women’s restroom and the Palace Theater was closed immediately after. It reopened three years later as the Star Palace Theater but closed down after the owner was unable to pay the heating or water bills. With the help of a government grant, the theater reopened a final time in 1976 as the Star Academy of Performing Arts and Sciences but was shuttered after funds from the grant ran out. In 1987, private investors attempted to rehabilitate the area with plans to renovate the theater and other nearby storefronts. Unfortunately, the plan was scrapped after the opening of the first restaurant proved unsuccessful.

When the Miss USA pageant was held in Gary in 2002, Donald Trump renovated the front of the theater with sheets of plywood. The plywood covering the windows was painted to depict a false interior and an external marquee was mounted along the front which read “Jackson Five Tonite”, although the Jackson Five never performed at the Palace. After Michael Jackson’s death in 2009, plastic signs reading “Jackson Five Forever” were added to both sides of the marquee but they have since been lost to the wind. In 1994, it was added to the National Register of Historic Places as a contributing structure of the Gary City Center Historic District. The theater has since become a symbol of urban decay alongside another historic landmark in Gary, City Methodist Church, and the rest of the city’s downtown.