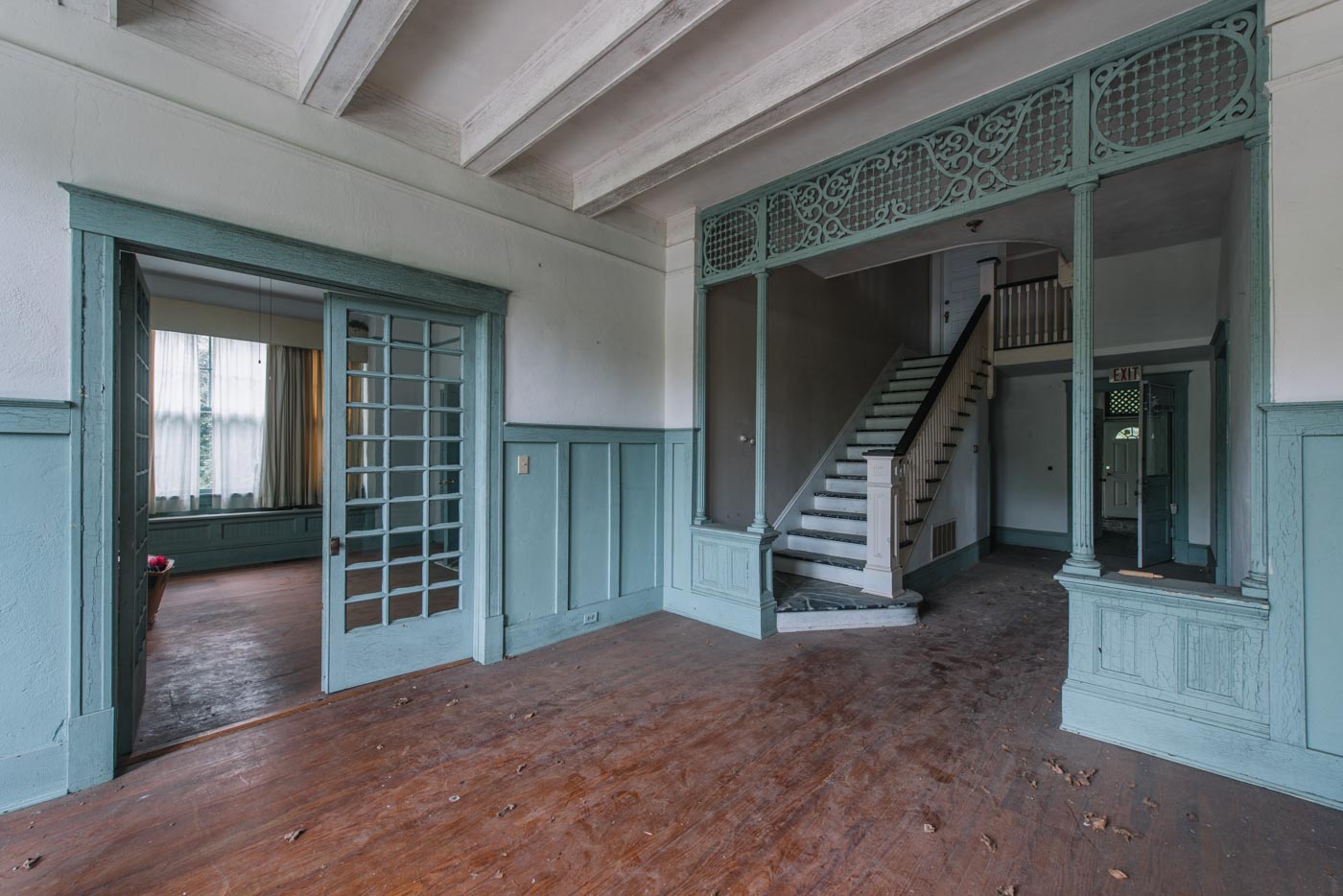 Located in Sparta, Georgia, this five-bedroom, three-bathroom home was constructed in 1890 by George William Rives. George was born on January 18, 1867. He was married to Lily Moate Rives who was born on October 2, 1873, and died on June 9, 1932. Some members of his family, George and Sarah Rives, were also owners of the historic Harley-Harris-Rives House and were well-respected citizens of the town. George Rives died on November 22, 1935, and is buried at Sparta Cemetery.

According to neighbors, a doctor purchased the home in the early 1990s with the intent of converting it into a nursing home. The nursing home never materialized and the property was abandoned for the most part. The house was sold at auction but the property remained vacant. Over the years, the front porch and balcony collapsed and part of an exterior wall deteriorated to the point that it left the home open to the elements. It wasn’t until October 2019 that the house was sold with the intent of restoring it to its former self.