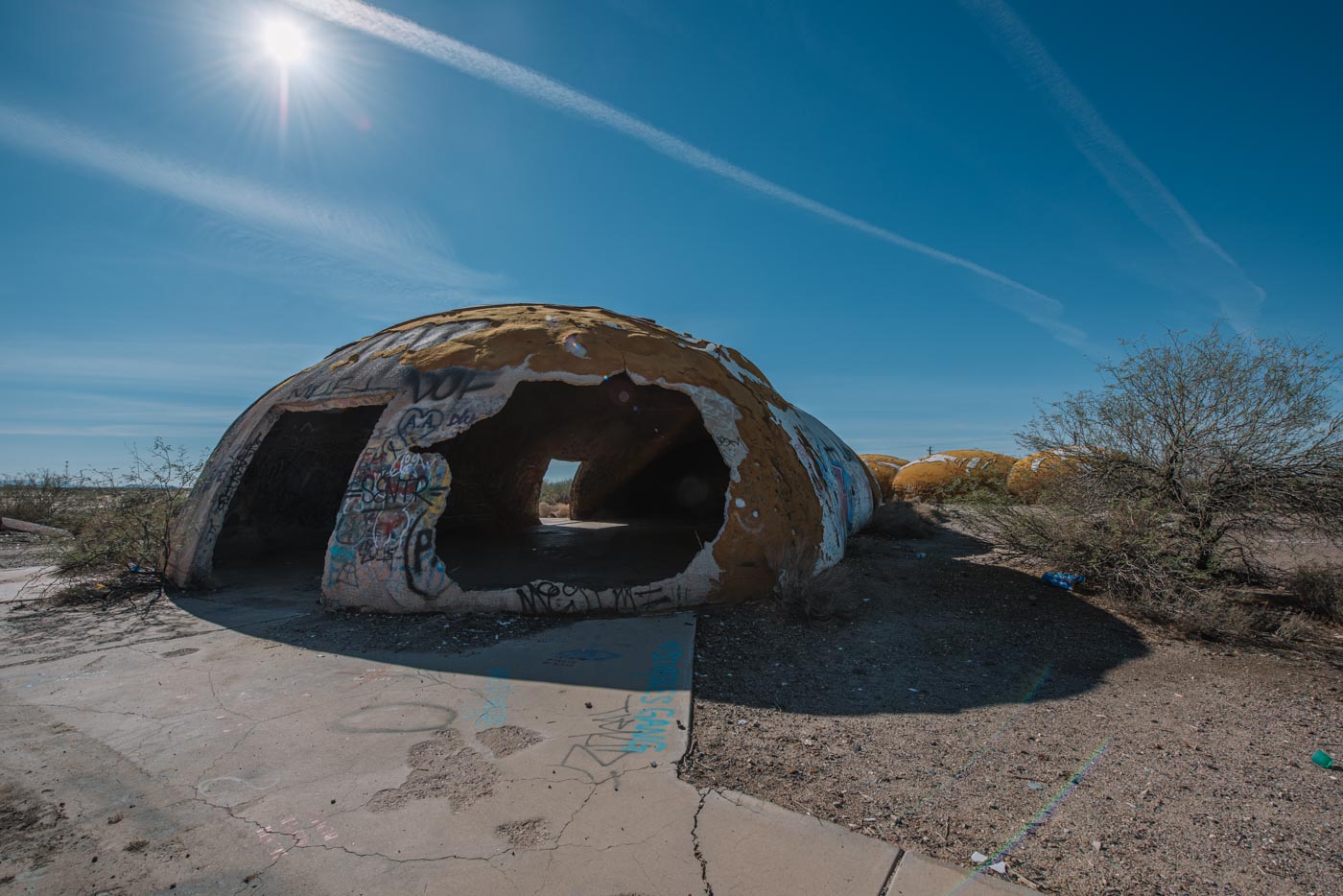 The Domes of Casa Grande

Located off I-8 in Casa Grande, Arizona, these domes were built in 1982 by California-based Innerconn Technology, a manufacturer of circuit boards for computers and watches, as the location of their new headquarters. The buildings were constructed by covering a big balloon with concrete, giving the buildings their spherical forms, and then spraying them with foam. Innerconn declared bankruptcy and the Union of California assumed ownership of all the company’s assets, including the 135-property in Casa Grande. Never completed, the domes have remained empty since then. Crumbling and ever-deteriorating, the back half of one of the domes collapsed in December 2016, prompting the city to order the demolition of the buildings. Owners Daniel and Karon Peer reached an agreement with the city and were instead ordered to clean up the property.

According to local rumors, the shape of the domes harnesses the energy required to open portals to other dimensions, allowing demons and other non-human entities into our world. One local man Jesus Gonzalez, claims he was once part of a satanic group and confirms that satanic rituals were conducted there requiring animal sacrifices. Gonzalaz is half Tohono O’odham, a tribe that used to reside in the Sonoran Desert near the Gulf of California that are now spread out throughout reservations in Arizona. He claims a medicine man of the Tohono O’odham tribe cursed the 135-acre property which is why Innerconn went bankrupt. None of this has been substantiated. Now a Christian minister, Gonzalez has made it his mission to free souls that were trapped within the domes during the Satanic rituals. Further rumors claim the property is haunted with reports from visitors about faint whisperings in the night, a shadowy figure that wanders the grounds, and the sound of children crying.