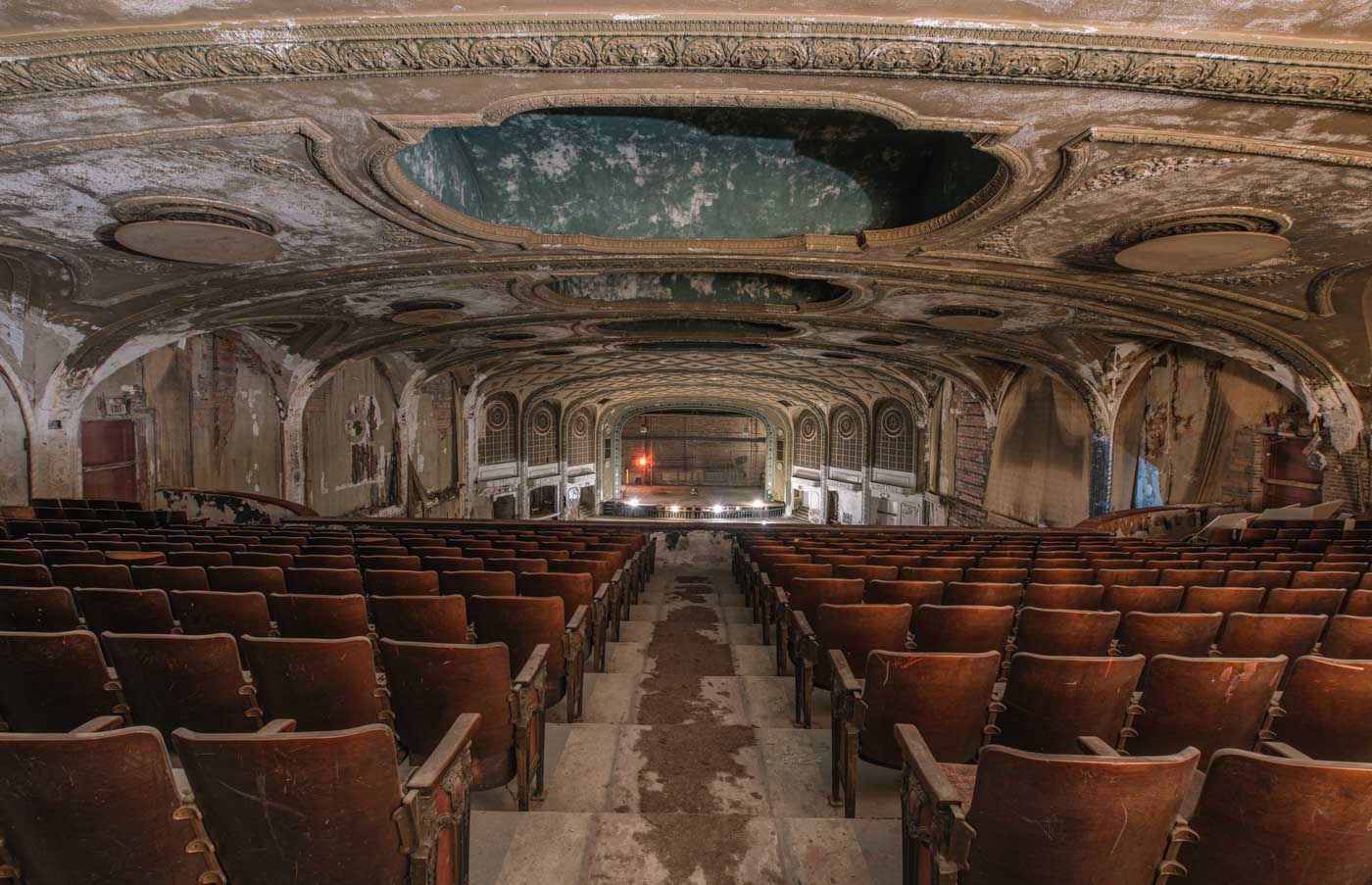 The Variety Theatre was built in 1927 by businessmen Sam Stecker, Meyer Fine, and Abe Kramer who also owned the Uptown Theater and operated the Variety Amusement Company. The 1900-seat theater was designed in the Spanish Gothic style by Cleveland-based architect Nicola Petti, who also designed the Cedar Lee Theatre. The Variety was built for both motion pictures and vaudeville acts and included an orchestra pit as well as dressing rooms. The theater also included retail space and twelve apartments.

The theater opened on November 24, 1927, featuring the first feature-length motion picture, “The Jazz Singer”. Before long, the Variety was sold to Warner Brothers in 1929 who operated it until 1954 when it was sold to local realtors Edward and William Wargo for $500,000. The Community Circuit Theaters Company ran the theater until 1976 when it was purchased by Russell Koz, running the theater as a second-run theater until the early-1980s before transitioning it as a music venue, mostly rock bands.

Throughout these years, many famous and popular bands played there including Metallica, the Dead Kennedys, Slayer, R.E.M., Stevie Ray Vaughan, and Motörhead. During one performance on December 2, 1984, Motörhead played so loud that the ceiling cracked and plaster fell down onto the crowd, literally bringing down the house. They broke the record for the loudest rock concert at 130 decibels, breaking the record set by the WHO in 1976, earning Motörhead the tile as the Loudest Band in the World. The power had to be cut to stop the band from playing. Due to numerous noise complaints, a judge ordered the venue closed in 1986. The Variety was last used as a wrestling gym called the Cleveland Wrestleplex but closed shortly after in the late-1980s.

In 2002, Dona Brade, a local councilwoman worked with Gretchen Moore, a commercial director at Westown Community Development Corporation, to establish the Friends of the Historic Variety Theatre, a nonprofit group dedicated to restoring the theater. After 7 years, the group was able to purchase the building on June 12, 2009, through acquiring grants and other forms of funding. The Friends were also to build a replica marquee based on photographs of the original and had it installed on September 24, 2016. The restoration is estimated to cost $15 million and will become a multi-use venue including a restaurant and entertainment.