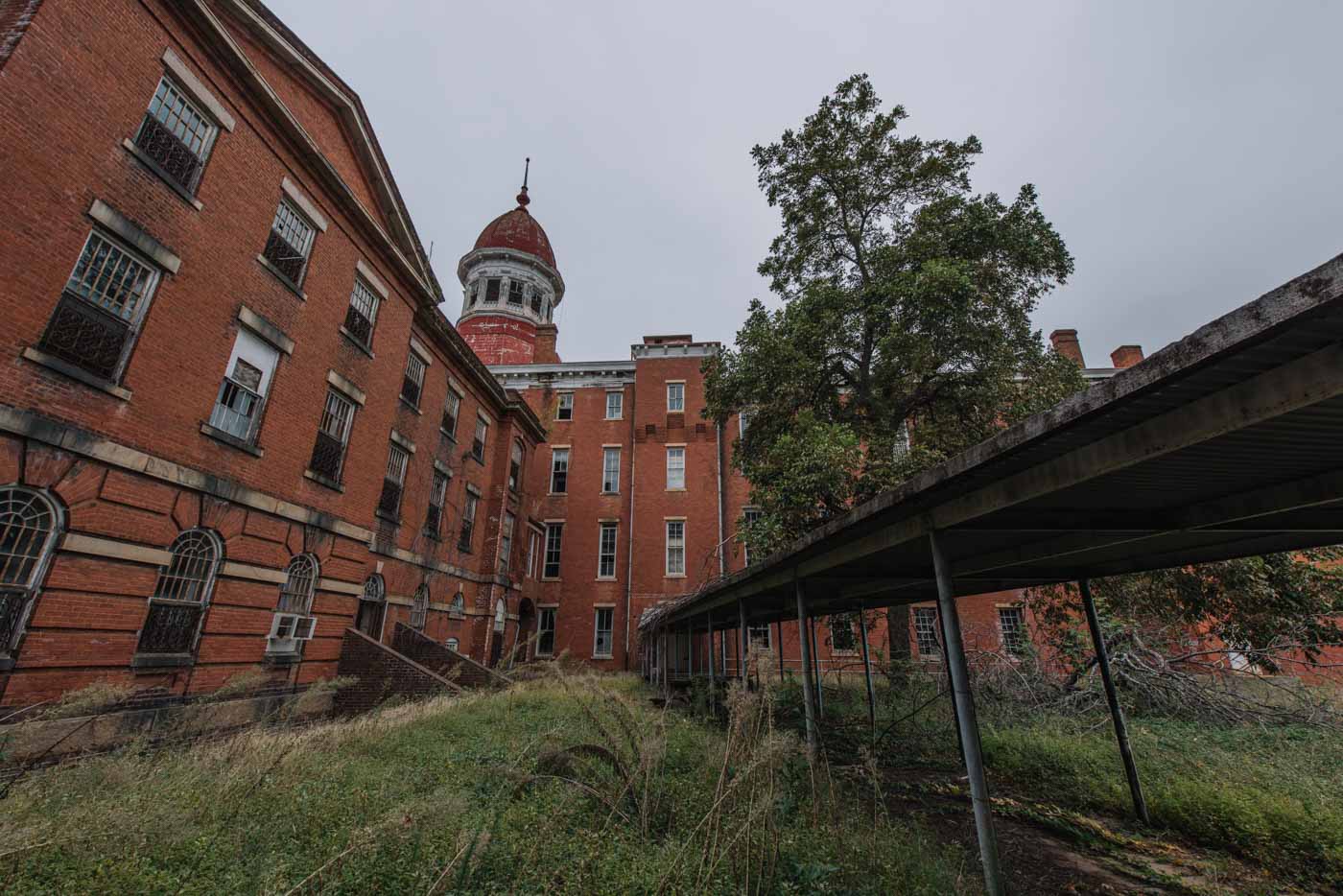 As far back as 1694, it was recognized that there was a need to care for the mentally ill when the Lord Proprietors of the Carolinas decreed they should be cared for locally at public expense. In 1751 the colonial government recognized the mental health need of slaves, and in 1762 the Fellowship Society of Charleston established an infirmary for the mentally ill. It wasn’t until the 1800s when the mental health movement received legislative attention at the state level. The South Carolina Lunatic Asylum was authorized by state legislation in 1821 and was the second such state hospital to be authorized, the first being in Virginia.

Named after the architect who designed it, Robert Mills, the Mills Building was first constructed between 1822 and 1827, featuring the latest innovation such as fire resistance and patient security. At first, the hospital only accepted paying patients, which indigent patients cost bills to the government of the region of which they came from. Admission was mostly limited to whites only, although some African-Americans were admitted only when their admission was formally authorized.

The hospital was expanded and in 1858, construction on the Babcock Building began. Following the Kirkbride Plan, each wing consisted of 3-4 stories with rooms broken up into manageable wards and was designed not to include subterranean housing of patients. It doesn’t fully comply with Kirkbride standards as it doesn’t have staggered blocks within its wings, which you find at a true Kirkbride. The change was suggested by head physician Dr. Trezevant who argued that staggered blocks wouldn’t be allowed proper ventilation for such a warm southern climate. Against his wishes though, the halls were built in double-range, with rooms on either side of the hallway.

The building was constructed in stages, with the first wing designed by George E. Walker, though he died before the south wing was complete. The south wing was designed in an Italian Renaissance Revival style and became the basis for the rest of the building. The north wing was overseen by Gustavus T. Berg, and it mirrored the south wing in many ways. The central portion was designed by Samuel Sloan, known for designing many hospitals for the insane based on the Kirkbride Plan, among other notable structures he designed such as “Longwood” in Natchez, and Winter Place in Montgomery. This section of the Babcock Building is crowned with a now-iconic, twelve-sided cupola whose red domed roof can be seen from far across the city. The central section also features the operating rooms, dormitories for staff, offices, and a chapel.

Construction was completed in 1885, with many construction delays due to a lack of funding and the American Civil War. In 1892, the hospital changed its name to the South Carolina State Hospital for the Insane. By 1910, it was at capacity and like many other mental health facilities nationwide, it was underfunded, understaffed and its patients were not well-cared for. A second campus was opened for African-Americans, but despite this, ongoing issues with staffing, funding, and patient conditions persisted. The state began transitioning mental health care into community settings in 1920. Legal action surrounding patient care and funding in its hospital facilities in the 1980s resulted in a more focused effort to reduce the hospital population.

Today, the Mills Building is now used for offices of the state Department of Mental Health and the Department of Health & Environmental Control. The Babcock Building has remained empty for years with plans to renovate the aging structure into 208 luxury one and two-bedroom apartment units

In December 2018, the Columbia Fire Department responded to a two-alarm fire that had engulfed the building’s south wing. In September 2020, firefighters received a call one Saturday morning of smoke coming from the building. When firefighters arrived, the entire three stories were engulfed in flames. The three-alarm blaze heavily damaged the building’s roof causing the iconic red dome to collapse in the fire as well as other structural collapses to the building’s core. Officials say 50 firefighters and 10 trucks were on the scene and it took 10 hours for crews to put the fire out. Eight people were identified through surveillance footage as persons of interest but were cleared by police of any wrongdoing. The owner of the Babcock Building and his organization made a statement that they will continue forward with their plans of redeveloping the structure into apartment units.