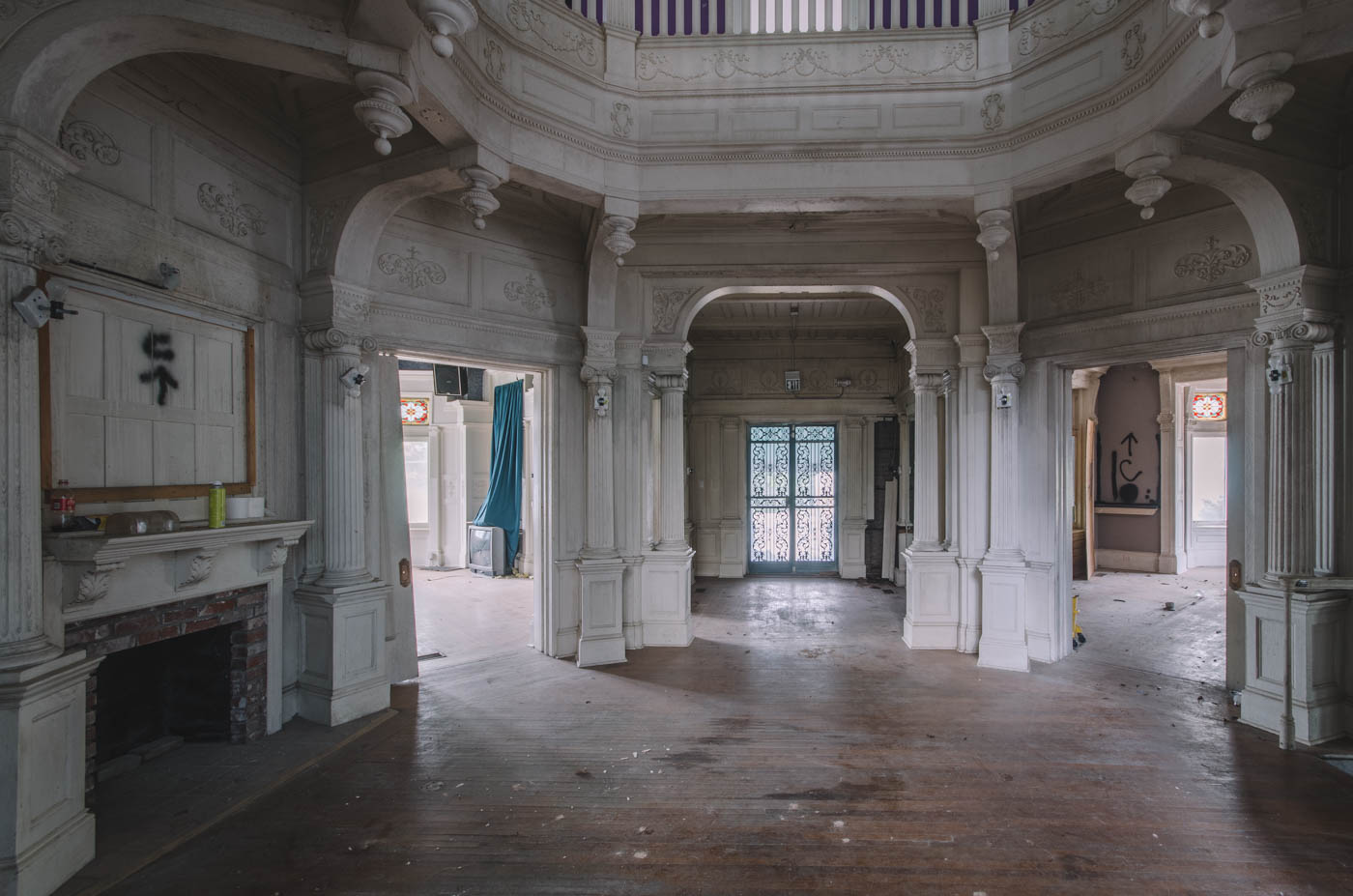 Robert Brinkley Snowden was born in Memphis, Tennessee, on March 9th, 1869, six weeks before his father, Colonel Robert Bogardus Snowden, purchased Annesdale mansion. His mother, Annie Overton Brinkley Snowden, was the daughter of Colonel Robert C. Brinkley, one of the largest property owners in early Memphis and owner of the original Peabody Hotel in downtown Memphis. Annie Overton was also a
granddaughter of Judge John Overton who, with General Andrew Jackson and James Winchester laid out the town of Memphis in 1816. Robert Brinkley Snowden received his early education at private schools in Memphis studied at the University of South Sewanee, Tennessee In 1888 and graduated from Princeton in 1890 where he studied architecture. Snowden, along with his various business partners, was known for developing three of Memphis’ earliest subdivisions; Annesdale Park, Annesdale-Snowden, and Stonewall Place. He and his partners were also known as the first developers to pay for streets, sidewalks, and other improvements in their subdivisions and then deed them to the city. Snowden was also responsible for the construction of the Commerce Title Building, Chisca Hotel, Lowenstein Building, National Bank of Commerce, and the current Peabody Hotel, all of which are now Memphis historical landmarks.

During these years in Memphis, he lived in Ashlar Hall where he remained until his death in 1942. Built in 1896, the two-story mansion was designed by Snowden as a mock castle and included eight rooms, a basement, and attic space that contained the servants’ quarters. The ashlar stone, for which the mansion is named, was barged in from Indiana and set in place by masons from Nashville. The final cost of the construction of the mansion was $25,000, equivalent to about $725,000 today.

After his death, the mansion was passed on to his heirs and after upkeep was proven difficult for them, they applied with the city for non- residential use of the building. His wife, Sara Day Snowden, passed away in 1956, and Ashlar Hall and its seven-acre property were purchased by Memphis investors in 1957 for $50,000 per acre. High-rise apartment buildings were constructed to east and west of Ashlar Hall and for a moment was threatened with demolition before it was purchased and used as a restaurant. The bedrooms were transformed into dining rooms and operated by the Grisanti family in the 1960s. By 1970, it was known as Ashlar Hall Restaurant and it was during this time that the front lawn was paved over for more parking spaces. On January 13, 1983, Ashlar Hall was added to the National Register of Historic Places. The building continued to be run as a restaurant until the 1990s when it was purchased by Robert Hodges, better known by his public persona as Prince Mongo.

Mongo claims to be a 333-year-old alien ambassador from the planet Zambodia sent to Memphis by Zambodian spirits to protect the city from natural disasters. Often dressed in outlandish outfits, he usually wears steampunk goggles, a long blonde wig, a beaded headdress, and various other accessories usually incorporating rubber chickens in some way. Since 1978, he has run for Mayor of Memphis every year but never winning and usually garnering no more than 1% of the votes. He’s also no stranger to the law as he’s been arrested a number of times, usually due to contempt of court. He made national news once in 1983 when he was sentenced to 10 days for contempt when he appeared in court wearing green body paint, a fur
loincloth, gold goggles, and carrying a skull under one arm. Mongo is also thought to be financially secure, owning a number of homes in Memphis, Virginia Beach, and a $2 million mansion in Fort Lauderdale, complete with a yacht docked out on the water. No one really knows where or how he gets his money, but some people have theorized that he inherited money from his family. There are also theories out there that say he might have an insurance or disability claim and continues to act insane to keep collecting money.

First known to the public for Prince Mongo’s Pizza in midtown Memphis, he moved on to bigger endeavors and opened Prince Mongo’s Planet, a three-story 30,000 square feet nightclub. In the 1990s, he turned Ashlar Hall into the Castle which quickly became notorious due to allegations of serving alcohol to underage drinkers and for people skinny dipping in the club’s pool. Police frequently visited the club due to noise complaints from neighbors, many of which lived in the two high-rise buildings that sit adjacent to it. In 1992, two underage girls were killed in a drunk driving accident after leaving the Castle. Mongo was able to avoid charges by owning the property but then “gifting” the business to an employee, making him
nothing more than a landlord. He claims to be innocent of any underage drinking accusations, pointing out that he has never even held a liquor license in his name. At one point, the Fire Marshal changed the occupancy inside the Castle from 451 to 88. When he was found to be in violation of the new number of occupants allowed, he responded by dumping 800 tons of sand in the parking lot and moved patrons outside to party.

Once mounting fines and environmental court issues became too much to handle, Prince Mongo closed the Castle. He quit-claimed the property to Kenny Medlin, owner of the non-profit Urban Renaissance Initiative, who planned to find tenants for the building to offset the costs of the repairs needed. The condition of the mansion worsened after signing a lease to George Keith Williamson Jr. to turn Ashlar Hall into a restaurant. While Medlin was in Chicago for a conference, Williamson removed portions of the roof, a significant amount of copper from the building exterior, and the large stone beams from the portico. Along with the original stonework, Medlin claimed that the restaurant equipment inside was stolen too. An investigation was launched that found an arrest history for Williamson, including theft of services and passing bad checks. Williamson was said to have skipped town after a warrant was issued for his arrest.

The latest owner, Juan Montoya, who moved to Memphis from Colombia in the early-2000s is a contractor and real estate investor who purchased the building in 2016. He plans on restoring the building to its original state, but there are no plans on what the building will be used for. If you found this post interesting, I recommend hopping over to Walter Arnold’s photoblog as he had the opportunity to photograph the mansion before all The Castle-era equipment was removed.