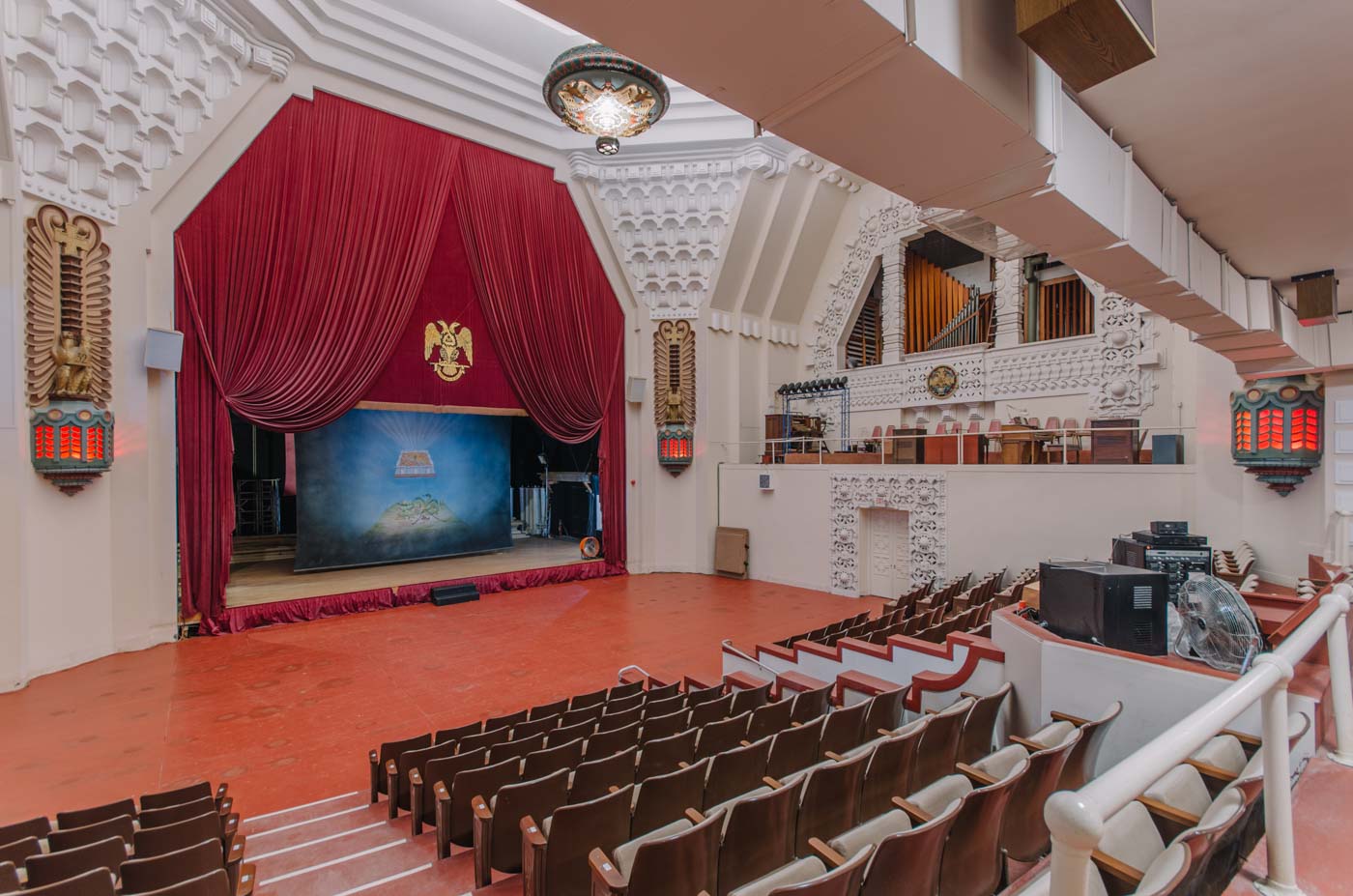 Scottish Rite Masonry was first established in Miami on December 4, 1916 by the Mithra Lodge of Perfection who was the only Scottish Rite body operating in Miami up until 1919. On October 22, 1919, three higher bodies of the Scottish Rite were created and chartered under the names of Acacia Chapter Knights, Rose Croix, and Utopia Council Knights Kadosh. The Four Coordinate bodies of Miami Consistory, as they became to be known as, grew rapidly in the fledgling city of Miami achieving membership of 2,200. Meetings were held on the second floor of the Seybold Building located downtown and it was soon agreed upon that a proper temple was needed. The Scottish Rite bodies purchased a lot fronting the river in Fort Dallas Park from Harry Tuttle, soon trading the lot with the City of Miami for the property which the present building stands today.

On July 21, 1922, John B. Orr was commissioned to construct the new temple with Richard Kiehnel of the prominent architectural firm Kiehnel and Elliot to design it. Richard Kiehnel was born born in Germany and studied at the University of Breslau and the École nationale supérieure des Beaux-Arts in Paris before entering into a partnership and establishing the Kiehnel and Elliot architecture firm in Pittsburgh, Pennsylvania in 1906. Kiehnel first came to Miami in 1917 to oversee the construction of a mansion John Bindley, President of the Pittsburgh Steel Company. The mansion would become known as El Jardin, the earliest known Mediterranean Revival work remaining in Miami. Many of Kiehnel’s designs are listed in the National Register of Historic Places including El Jardin, such as the Coconut Grove Playhouse, the Seybold Building and Arcade, Annie Russell Theatre, and Coral Gables Elementary School, among others. After completing El Jardin, Kiehnel opened the firm’s Miami office in 1922.

The Scottish Rite Temple was a precursor to Art Deco in Miami making it the first Art Deco building in the city, and is also a rare example of Egyptian influence architecture. Egyptian features were a global trend at the time coming at the heels of the archaeological discovery of the Tutankhamun’s intact tomb in 1922. According to the American Institute of Architects, AIA Florida Top 100 Buildings: “Well before the 1925 Exposition Internationale des Arts Decoratifs in Paris that gave Art Deco its contemporary name, Scottish Rite Masonry laid the cornerstone for its building in October 1922. Employing abstracted and stylized decorative elements from Egyptian and European history, and a simplified form of Neoclassicism, Kiehnel and Elliott’s design was an early harbinger of Modernism in Miami. The two-headed eagles on the entablature above the façade’s four Doric columns are symbols of the Scottish Rite, and the number is that of this lodge. The pyramidal roof, based loosely on the mausoleum of Halicarnassus, was a popular motif for civic temples, and was also used to crown the Dade County Courthouse”.