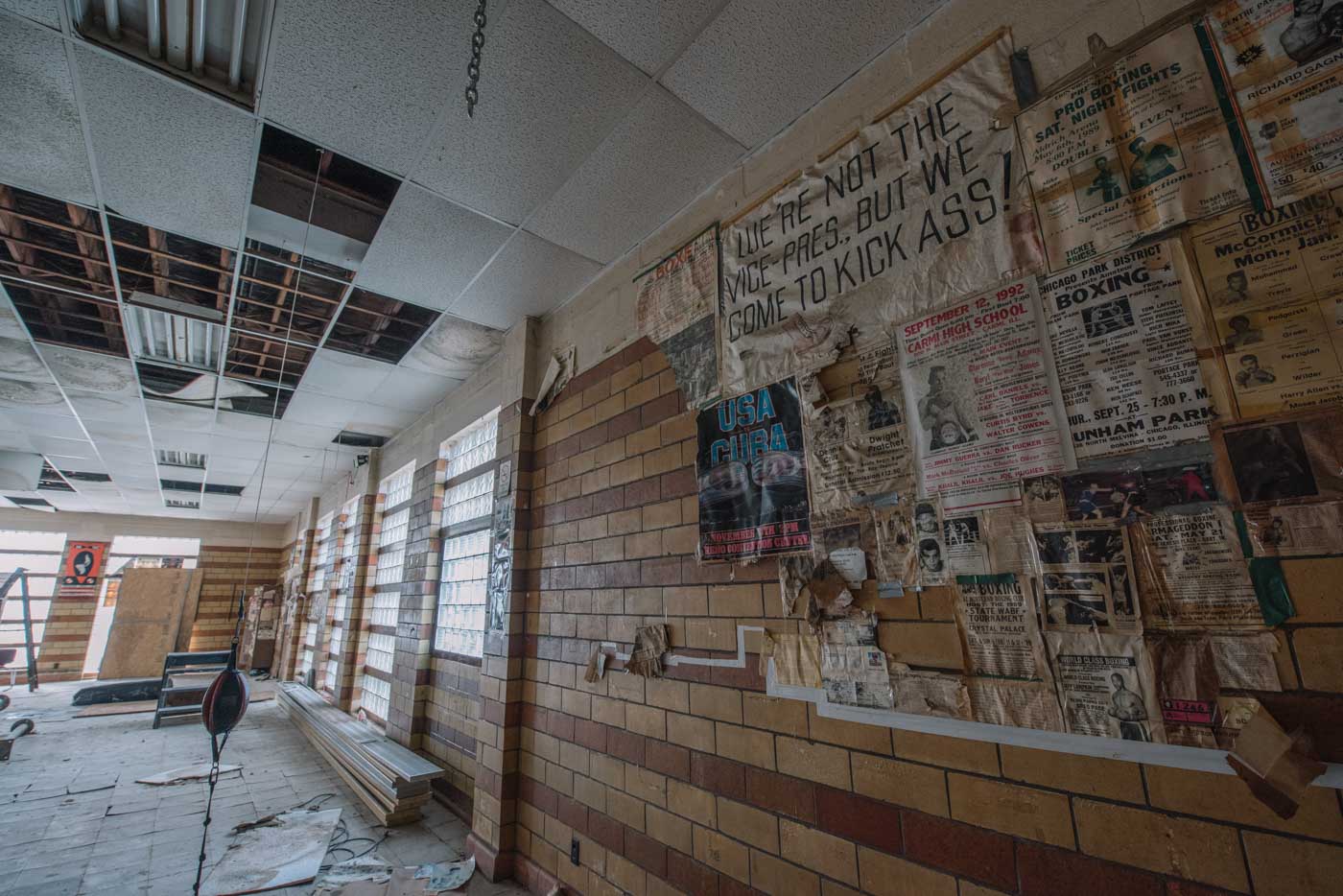 Originating in 1920 as Riverside Park, North Gleason Park was just half of a 315-acre public park located on the Little Calumet River. The park was segregated into north and south sections divided by the river. South Gleason Park served the white residents of Gary and mainly consisted of an 18-hole golf course and a clubhouse designed by George Maher, while North Gleason Park served only black residents and featured athletic fields, tennis courts, an outdoor swimming pool, picnic pavilions, and an extremely popular 9-hole golf course which winded through the swamplands. North Gleason Park’s funding would never equal that of South Gleason and its location along the river’s flood plain was less than ideal. Riverside Park was renamed after U.S. Steel Superintendent and longtime park board president William P. Gleason in 1933.

Golfers at the park founded the Par-Makers, which hosted regional tournaments, contributed to a scholarship fund, and supported causes in the black community. In 1951, the Par-Makers invited professional boxer Joe Louis to their golf tournament, using his fame as leverage to convince the Gary Park Board to allow play at South Gleason Golf Course. It wasn’t until the 1960s that city parks would be integrated when local female golfer Ann Gregory paid her fee and proceeded to play a full 18-holes at South Gleason despite protests from the groundskeeper. Their collective perseverance would allow the integration of the 18-hole golf course and most city parks.

During the Great Depression, the Works Progress Administration employed residents to help with construction and landscaping projects, providing daycare services and activities such as baseball, croquet, and checkers. The North Gleason Park Pavilion was constructed in 1941 and provided a large dance hall and assembly room, lunchroom, lounge, outdoor terrace, and locker rooms for golfers and swimmers. By the 1980s, the Pavilion housed the Gary Police Athletic League and a training center for boxers. Under the tutelage of a retired police officer and legendary boxing coach John Taylor, countless fighters trained here like Light Welterweight World Champion “Merciless” Mary McGee and four-time world championship contender Angel “El Diablo” Manfredy, as well other professional boxers such as Orphius Waite, Jimmy Perez Jr. and Derrick Findley.

The building is in rough shape with mold, buckets catching water from the leaking roof, and fixtures that have been stolen by scrappers. The walls which were once a shrine to boxing greats such as Muhammad Ali, Mike Tyson, and their own Angel Manfredy, have been vandalized with posters and newspaper clippings ripped from the walls. In the past few years, local preservationists have attempted to preserve the building in a grassroots effort that involved cleaning up the property, boarding up the property, and having it listed on the National Register of Historic Places.