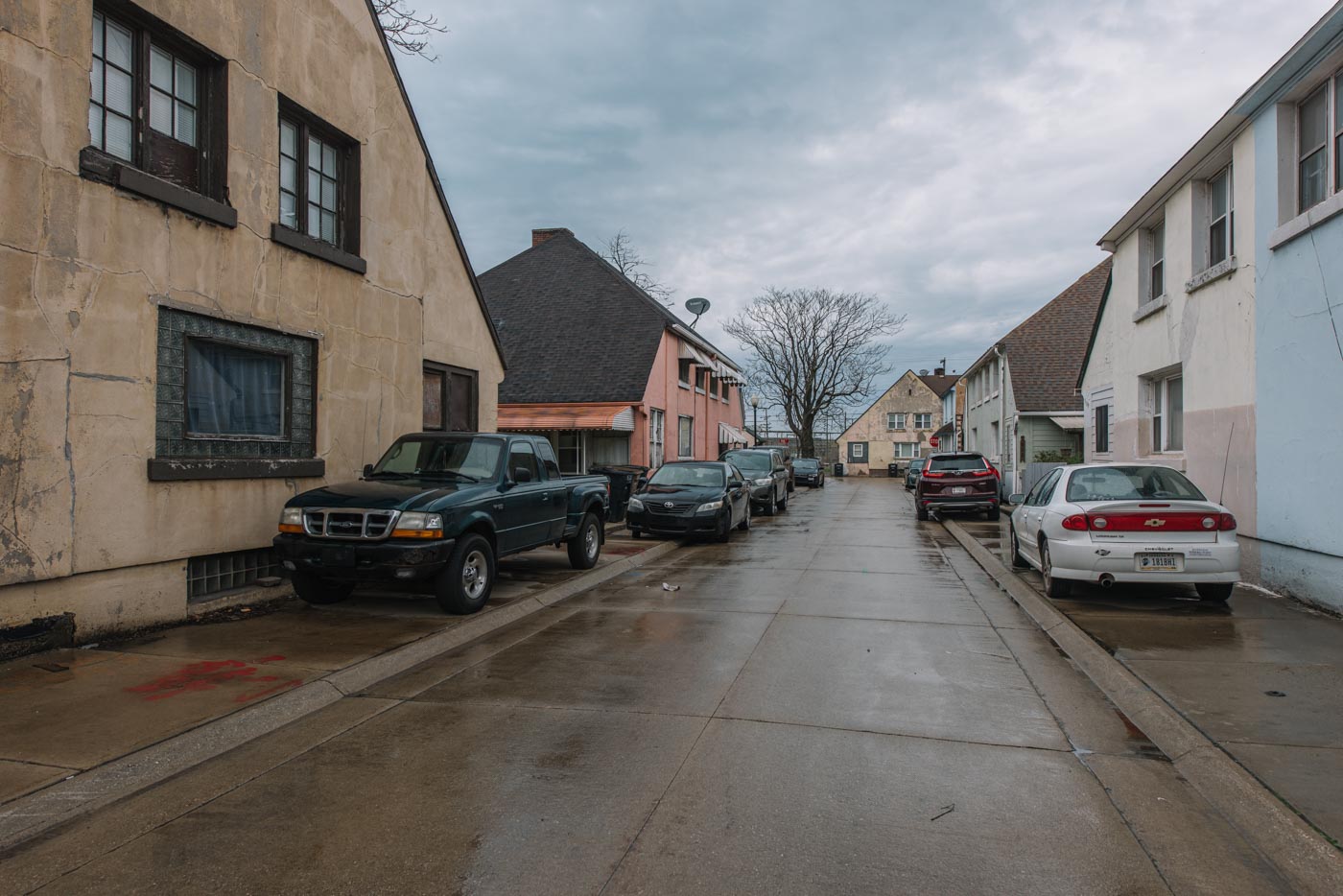 Marktown is a former company town constructed for the Mark Manufacturing Company and the brainchild of Clayton Mark. Mark was born in 1858 in Fredricksburg, Pennsylvania, the son of Cyrus and Rebecca Mark. Clayton moved to Chicago with his family in 1872 where he attended public school until dropping out after the seventh grade. After his father’s dry goods business burned down in 1876, his family moved to Carroll, Iowa where his father established another dry goods business. Clayton stayed in Chicago where he found a job as a file clerk for the Chicago Malleable Iron Company, where he eventually advanced to secretary, and vice-president, and was on the Board of Directors until his death.

In 1888, Clayton Mark partnered with his father and founded the Mark Manufacturing Company, initially manufacturing small castings used in the construction of wells. The business was later expanded to include the manufacturing of steel pipe. In 1900, he built a pipe mill in Evanston, IL, bought another pipe mill in Ohio in 1901, a zinc mining company in 1906, and built his own steel mill in 1916 in Indiana Harbor to supply his business’s need for steel. Due to the success of the business, the Mark family built an Italian villa in Lake Forest, Illinois, designed in 1912 by prominent architect Howard Van Doren Shaw.

Howard Van Doren Shaw was born in born in Chicago, Illinois on May 7, 1869. His father Theodore was a dry goods merchant and was part of the planning committee for the World’s Colombian Exposition. His mother Sarah Van Doren was a prolific painter and a member of the Bohemian Club. Shaw studied at the Harvard School for Boys before attending Yale University and graduating with a bachelor of arts in 1890. Later that year, he was admitted to the Massachusetts Institute of Technology (MIT), graduating from their two-tear architectural program in just one year. Shaw would use the elements of Tudor, Georgian, and neoclassical design he learned from MIT in most of his later works.

After returning to Chicago in June 1891, he joined the Jenney & Mundie firm located on the top floor of the Home Insurance Building. William Le Baron Jenney was known for constructing the first skyscraper in 1884 and his firm was gaining a reputation as a training ground for new architects, such as Daniel Burnham and Louis Sullivan. Shaw received his first commission from his wife’s parents who wished for a home built in their hometown of Lakeville, Connecticut. After completing the project, Shaw left for Europe to study the local architecture, visiting France, Spain, Italy, Germany, and Austria-Hungary, before ending up in England. He spent two months in England before moving back to Chicago where he rejoined Jenney & Mundie.

In 1894, Shaw established his own practice in his father’s attic. His first major commission came in 1897 when he was tasked with designing a new printing plant for the Lakeside Press. That same year, he purchased a one-third share of a 53-acre farm in Lake Forest, and built a house for his family on his portion of the land and built houses for Dr. William E. Casselberry and Dr. Nathan Smith Davis, Jr., the other two owners of the property. Shaw’s house, Ragdale, is today considered one of the best examples of Arts and Crafts architecture and is listed on the National Register of Historic Places. Among his more notable works are the Mentor Building, part of the Loop Retail Historic District in Chicago, Camp-Woods, and Market Square, the first planned shopping center in the United States.

Due to the success of Clayton Mark’s estate, Shaw was commissioned to design Marktown, a company town for Mark’s newly built steel mill. Construction began in 1917 and although the original plan called for 28 sections to be built, only four sections were completed as construction stopped due to the sale of the Mark Manufacturing Company following World War I. The lands where additional houses, a high school, and other amenities were to be built were instead taken over by the expanding industries of East Chicago, surrounding the small town with one of the densest industrial complexes in the world. Due to its proximity to the nation’s first and largest inland oil refinery, Marktown is often referred to as “The Brigadoon of Industrial Housing, rising out of the mists of industry every few years.” It was added to the National Register of Historic Places in 1975 and was listed as one of the seven wonders of Northwest Indiana. Marktown has survived threats of destruction in the past with the latest threat coming from BP who owns the nearby oil refinery and has been purchasing and subsequently demolishing homes in the town.