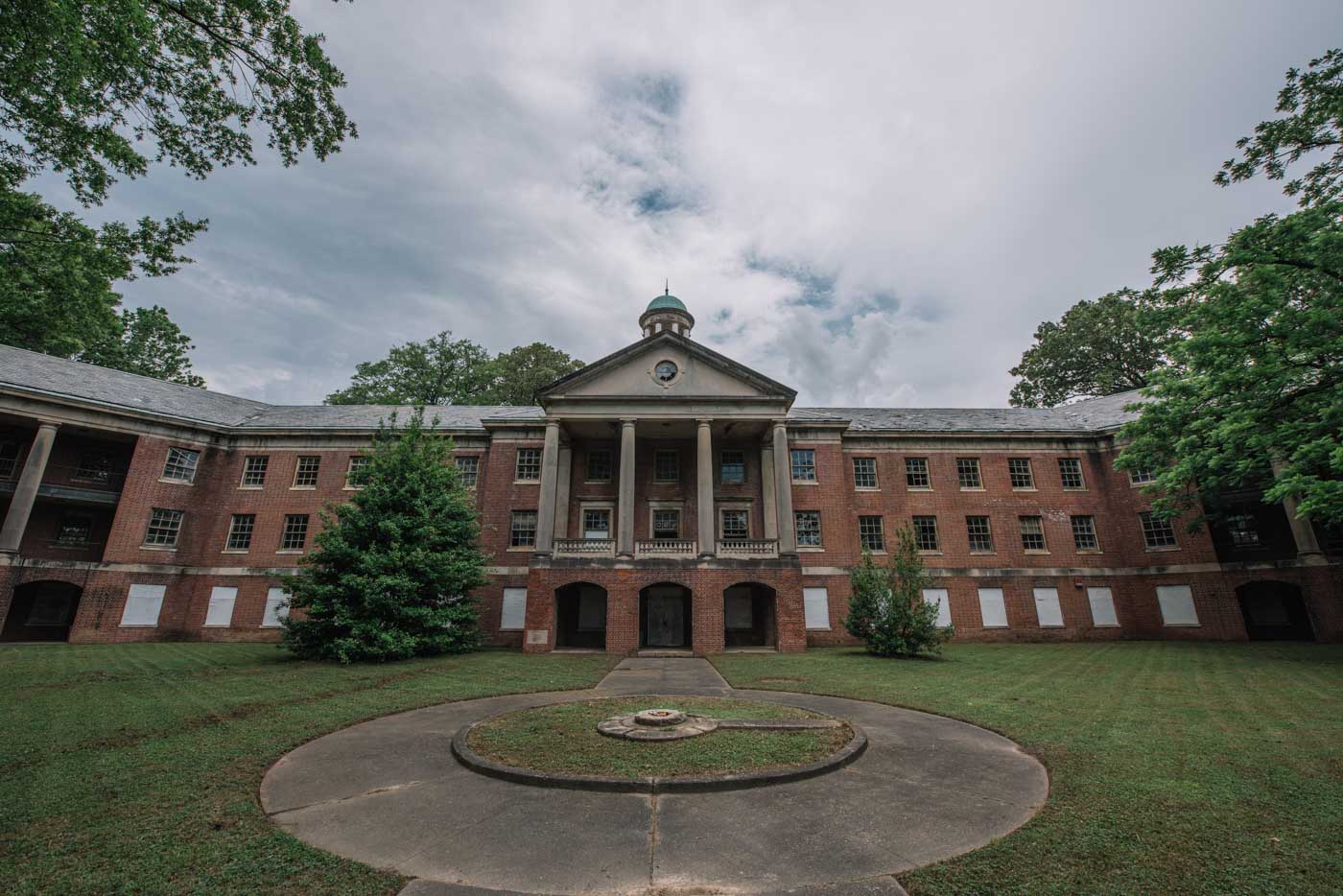 The marine hospital opened in 1884 in the historic French Fort neighborhood and consisted of six buildings – the surgeon’s house, a stable, the executive building, two wards, and the nurses quarter. The facility was originally used to treat Civil War soldiers and to conduct scientific research in hopes of finding a cure for yellow fever.

During the 1930s, several new Works Progress Administration buildings were added to the site. To make room for the new buildings, the wards and stables were demolished and the executive and the nurses’ buildings were moved three hundred feet to their current locations on wagons pulled by mules. The nurse’s station is located on the east side of the 1930s hospital building and the executive building is now home to the National Ornamental Metal Museum, a museum for the collection, preservation, and exhibition of historical and contemporary metalwork.

The three-story, neo-classical brick hospital building was completed in 1937 and built in the Georgian style with slate roofing, a copper cupola on pedestals, and large limestone columns, capitals, and gutters. Each wing of the building contained patient rooms and day rooms, while the center section contained a dental ward, operating room, a soundproof chamber for hearing tests, and nurse stations. Although built to serve the needs of ailing seamen, the building has been used by the Coast Guard, cadets of the state maritime academies, members of the Coast and Geodetic Survey, Public Health fieldmen, the Army Corps of Engineers, and employees and federal workers injured on duty.

After the hospital closed in 1965, the western half of the property was leased to a group of businessmen in 1976, who would later develop the Metal Museum. The buildings on that side of the property included a nurses’ dormitory which now houses the museum’s galleries and gift shop, the junior officers’ quarters which is used by artists in residence and other guests of the museum, and a two-story maintenance building.

The Federal government retained the eastern portion of the property and was briefly used during Desert Storm to house soldiers. The property was sold off to developer Lauren Crews in 2004, with the initial plan of renovating the aging building into condos. The plan has since been reevaluated and includes renovating the nurses’ station and main hospital building into apartments. Construction began in 2020 and today operates as the Marine Residence. In 1980, the Executive Building and the Nurses Quarters were added to the National Register of Historic Places. It wasn’t until 2019 that the 1930s U.S. Marine Hospital building was added to the listing.