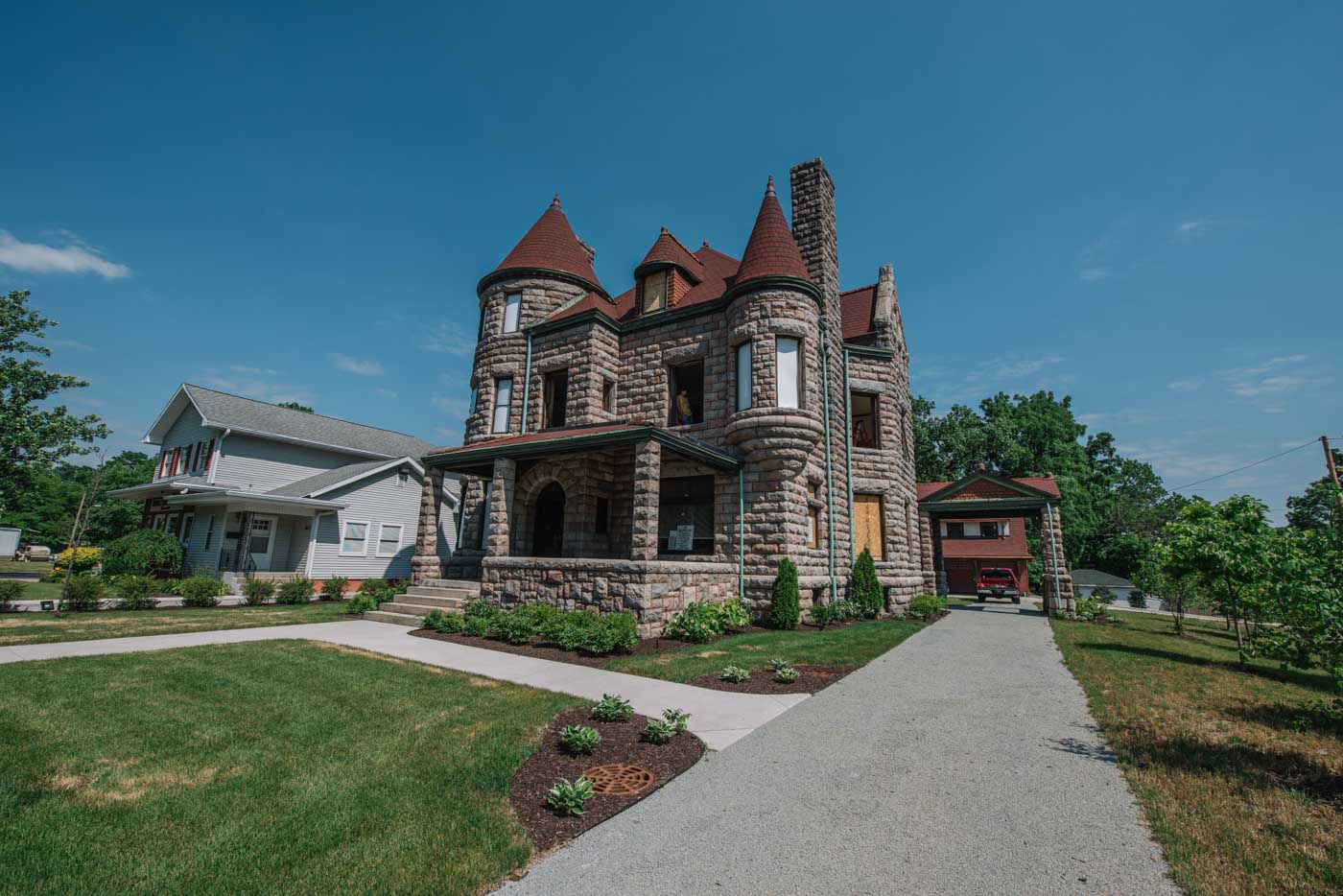 Currently undergoing restoration, The Kizer House, also known as the Castle, was built around 1888 by businessman William L. Kizer for his family. The two and a half story home was designed in the Romanesque style, built of ashlar stone with an irregular plan, high pitched roof, and corner turret giving it the appearance of a castle. Kizer founded two South Bend, Indiana businesses along with his partner Jacob Woolverton: Kizer & Woolverton, which specialized in financial instruments and real estate, and the South Bend Malleable Range Company, which manufactured coal and wood ranges. Kizer also invested in everything from railroads to timber companies and served as the director of a local bank, as well as an appointee in the city government.

At the turn of the century, William and his wife Elizabeth saw the deaths of two of their three children. In 1902, their 17-year-old son, Ward Kizer, died of cognitional heart failure. Horace Kizer died of a stroke at 40 years old. Willomine Kizer, the daughter of William and Elizabeth, was a two-time champion of the St. Joseph Valley Women’s Golf League, and was also an active, hunter, fisherman, and tennis player. She died in 1929, two years after her mother’s passing, leaving behind an estate worth nearly $10 million in today’s value.

The house sat vacant for a few years before it was used as a sanatorium. In 1947, the building was divided into apartments and served as an apartment house for many decades. In 1975, the house was added to the National Register of Historic Places as a contributing structure of the West Washington Historic District, although on record it’s labeled as the Kaiser-Schmidt House. The district is occupied by many notable houses such as Copshaholm, also known as the Joseph D. Oliver House, Tippecanoe Place, the former home of Clement Studebaker, and Avalon Grotto, designed by Frank Lloyd Wright. The house was purchased by Indiana Landmarks in 2012 and have been slowly restoring the property since 2015.