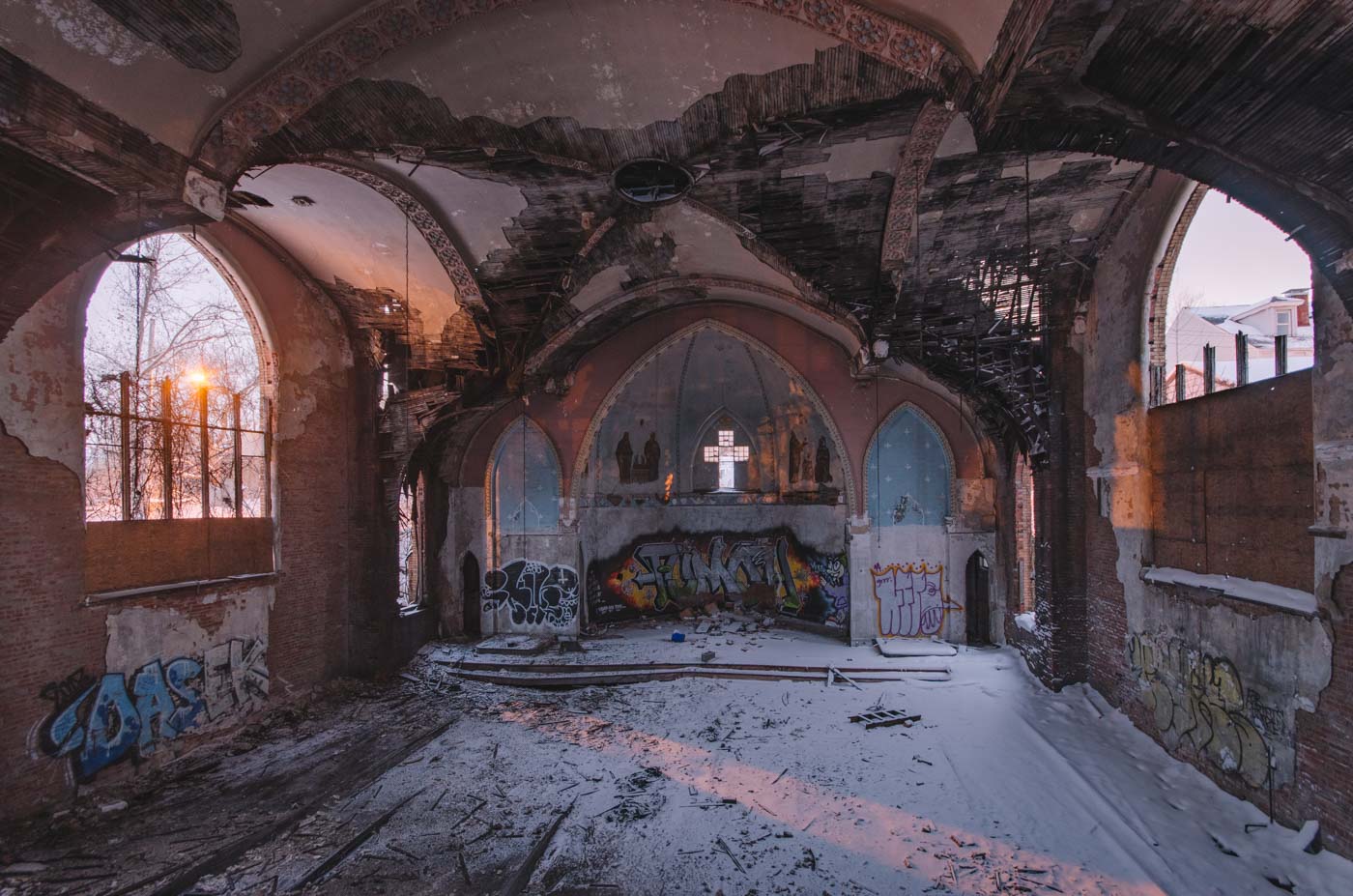 According to the Catholic Diocese of Pittsburgh, “Holy Trinity was founded as a Slovak parish in 1901. Before that year, the Slovak immigrants who had moved to the Duquesne/West Mifflin area to work in the mills traveled to either Braddock or McKeesport to attend Mass. To avoid this inconvenience, local Slovaks purchased property on First Street and built a frame church in 1901. Soon afterward, work began on a new brick church. The cornerstone was laid on October 16, 1904, and the completed church was dedicated on September 29, 1907. In 1908, the old frame church was converted to a school and used as such until 1925.

This church served the congregation until the 1960s. By that time, the church building needed major repairs. In addition, the reforms of Vatican II made it necessary to make major renovations to the building. Rather than try to repair the existing church, it was decided to build a new church. Ground for the new church was broken on April 7, 1968, and the cornerstone was laid on August 24, 1969. The church was dedicated on April 25, 1970, and continues to serve the community to this day.”

On August 29, 2016, due to a large amount of rainfall the night before, the building suffered a partial roof collapse and shifted the building sideways. Residents who lived near the church were evacuated and an emergency crew was sent out to demolish what remained of the building.