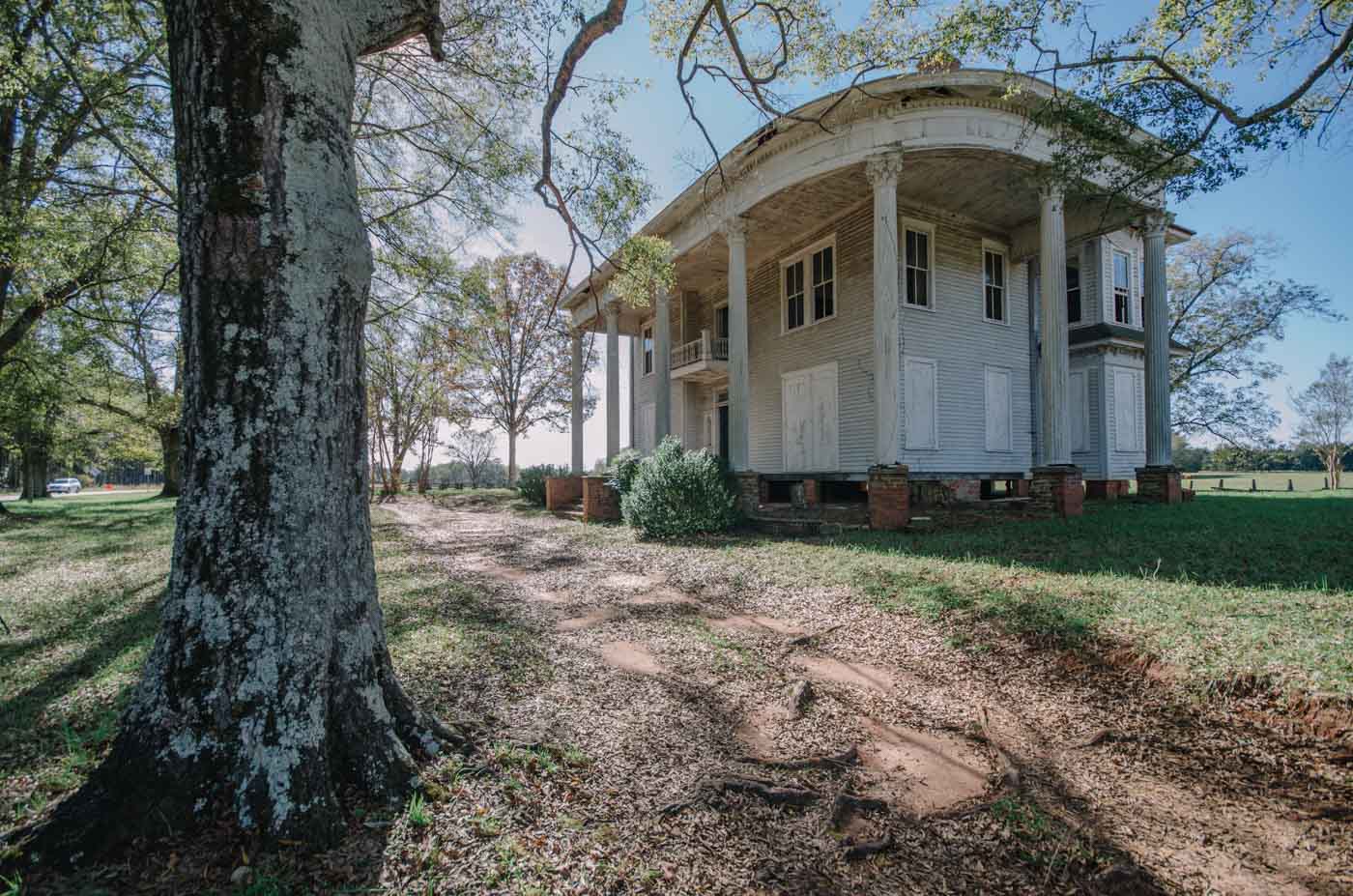 The Nolan farm operated from 1856 to about 1970 and covered around 2000 acres. Today known as the Nolan Crossroads, the area represents the transition from slavery-based agriculture to the sharecropping economy of the South post-Civil War. This Neoclassical house was constructed by James A. Nolan in 1905 complete with the large curving porch which has been rumored to be a false porch built for a film set, but this is untrue. Behind this house to the west was a complex of farm structures and tenant homes. The store across the street which remains operational today was actually the commissary, and like most true plantations of its era, the Nolan property supported its own commissary, which was essentially a credit-based store for employees. Even today, there are still remnants of the family name and the impact they had on the area, ie. Nolan Store Road and Nolan Lake.

The house is currently owned by an individual who lives in Dacula, a small city just outside of Atlanta. He acquired the property in 1977 from a family descendant for just $16,800. Supposedly, it has been used in some filming sometime in the past two decades, including a FOX network series. The main house is in a state of neglect, with a rotting foundation and crumbling walls due to a considerable amount of water damage.