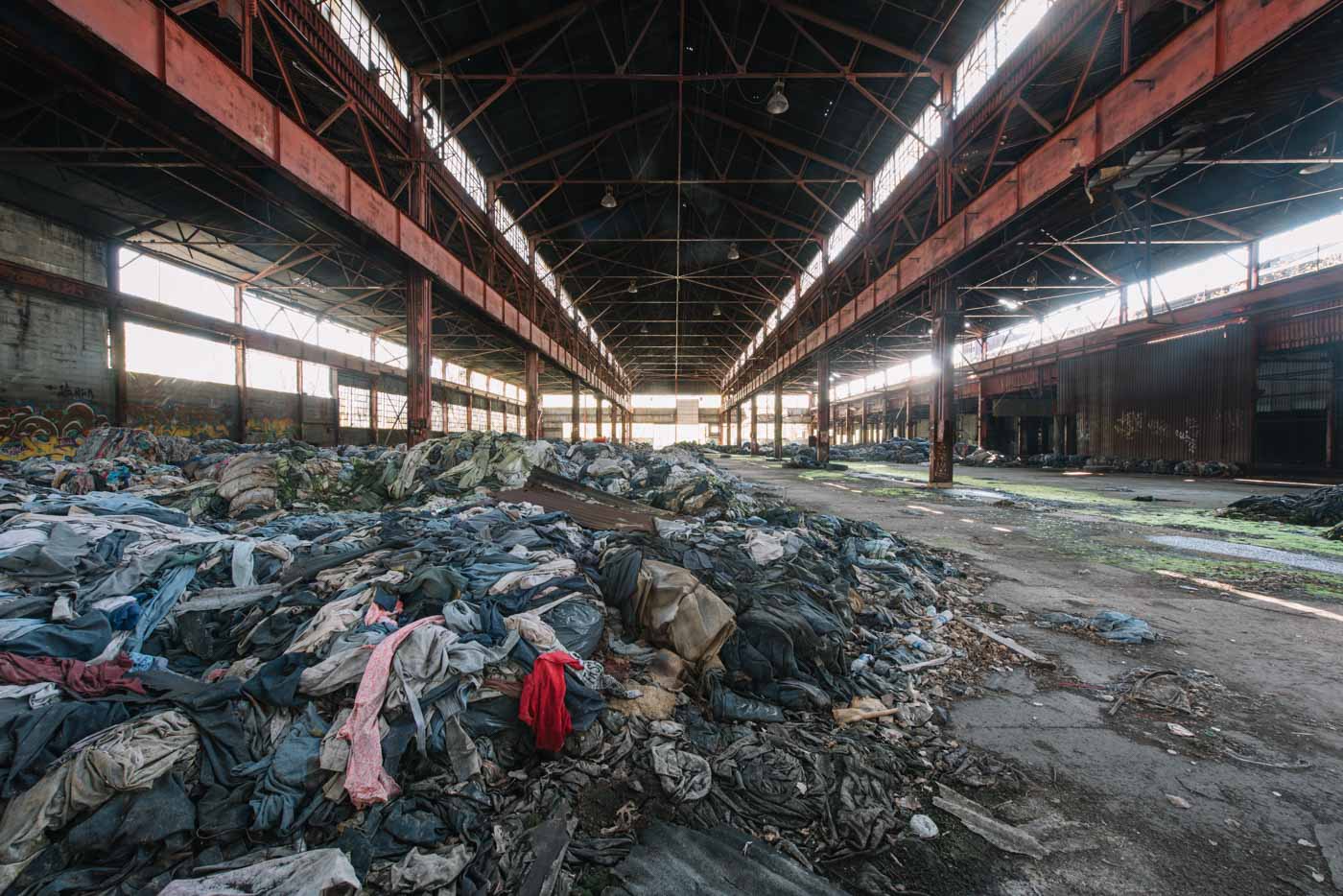 The Gary Screw & Bolt Company was founded in 1911 by a group of executives of the Pittsburgh Screw & Bolt Corporation and opened in the summer of 1912 with its first 100 employees. The company became an important defense contractor during World War II, employing 1,000 men and women, and manufacturing nearly 4,000 tons of bolts, nuts, rivets, threaded rods, and special fasteners on a monthly basis.

In 1947, a major fire destroyed two main buildings, reducing production by almost half. Despite that, the company retained over 900 employees and invested $1 million to expand and modernize the complex. The end came in the 1980s during a recession due to international competition resulting in the plant’s closure on December 31, 1986, and all the equipment and machinery was sold to a liquidator.

The complex was laid vacant until 2002 when it was purchased by the Gary Urban Enterprise Association (GUEA). The purpose was to use the building to store donated clothing before the clothing was cut up into strips and shipped to countries in need of bulk textiles. The city agreed to forgive all the back taxes on the property in exchange for the GUEA to conduct a basic environmental cleanup on the site and sell parcels back to the city upon request. It wasn’t long before the organization was being investigated by the federal government.

Between 1998 and 2004, the executive director of the GUEA, Jojuana Lynn Meeks, purchased over 655 properties, and being a tax-exempt non-profit, the GUEA was required to submit a development plan to the Lake County Government showing its intent for these properties in order to maintain tax-free status. Meeks never reported these purchases. In addition, Meeks began transferring these properties to several companies she had created for a post-GUEA life. In 2006, Jojuana Lynn Meeks and Financial Manager Charmaine Pratchett were charged with misuse of public funds, under-reporting of funds, theft, excess pay, malfeasance, among other criminal charges against them. Meeks received a six-year prison sentence, and Pratchett received a seven-year prison sentence. In addition to their convictions, Board members Derrick Earls and Johnnie Wright, Gregory Hill, Lawrence Meeks, Roosevelt Powell, Willie Harris, Will Smith were convicted of corruption, fraud, theft, and wrongdoing.

Once again, the former Gary Screw & Bolt Company factory laid vacant and remains so to this day. A rather controversial thing was left behind; hundreds of pounds of clothing donated to the GUEA, now decaying on the factory floor. Environmental Cleansing Corporation, a demolition and recycling firm, bought the property in 2014 to store scrap metal, wood, concrete, glass, and paper with some of the scrap being sold to nearby steel mills. The company planned on maintaining their headquarters here and building a rail spur to connect to the Norfolk and Southern rail line on Screw & Bolt’s south side. A portion of the factory was also planned to be demolished, which eventually occurred in September 2021.