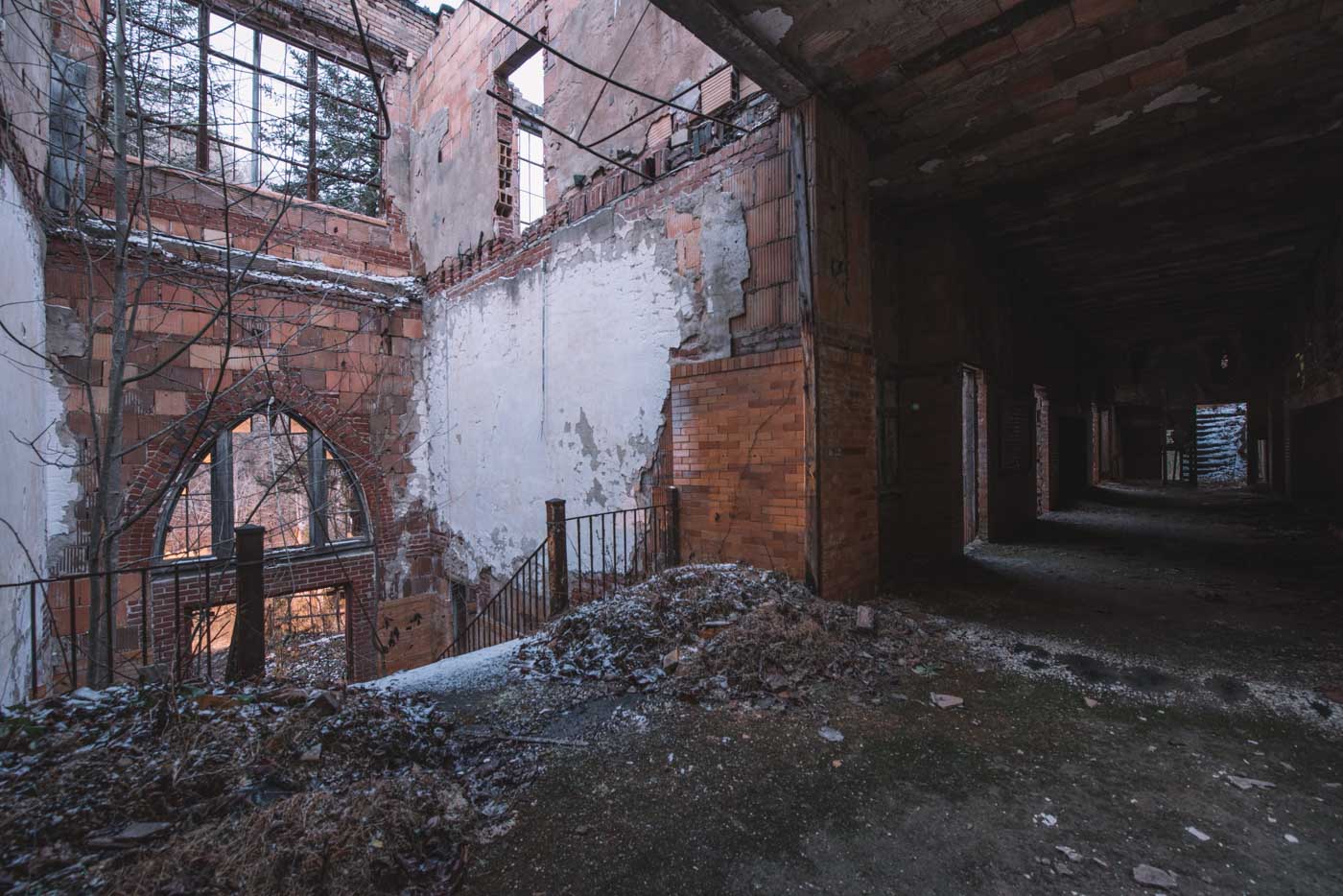 The small town of Coalwood was founded in 1905 by George Lafayette Carter, an American entrepreneur known as “the empire builder of southwest Virginia.” Carter was born on January 10, 1857, in Hillsville, Virginia. He worked at the Hillsville General Store before pursuing a career in selling iron ore properties with the Wythe Lead and Zinc Company in Austinville, Virginia. He then moved on to buying small mines throughout the area to provide coke for the Dora Furnace Company in Pulaski, Virginia. Carter would found the Tom’s Creek Coal and Coke Company and in 1898 before forming the Carter Coal Company in what would become the coal town of Coalwood.

Traveling on the back of a mule, Carter came upon rich seams of coal and bought 20,000 acres of land, constructing a mine and built offices, houses, a schoolhouse, the Carter Coal Company Store, and a church. Work soon began on the construction of the West Virginia Southwestern Railway, a 9.9-mile branch which connected with the Norfolk & Western Railroad in Gordon. The first coal mine shaft in Coalwood opened in 1914.

In 1922, Carter sold the mine and properties within the town to the Consolidation Coal Company. The company rebuilt the community and hired new employees to work the mines. When Consolidation Coal defaulted on its payments in 1933, Carter regained control of the company. After Carter died in 1936, the company was taken over by his son James who sold it in 1947 to a group of industrialists who changed the company name to the Olga Coal Company. In 1956, the Coalwood mine was connected underground to the nearby mine in Caretta, a mining community named after Etta Carter, the wife of George Carter, and also owned by the Olga Coal Company. In 1959, Olga ceased bringing coal up to the surface via Coalwood, prompting the Norfolk and Western Railway to begin pulling up the tracks leading to and from Coalwood.

The Coalwood-Caretta mine continued operations throughout most of the 20th century, producing on average one million tons annually until the mine was finally closed. At its peak, Coalwood had a population of 2,000. In 1980, the Olga Coal Company was bought by the LTV Corporation, a large US conglomerate, which closed Coalwood’s mine in 1986. The houses and businesses which were still company-owned were sold to the respective residents and business owners. In 1985, Caretta Elementary merged with Coalwood Elementary in the former Coalwood High School, but Coalwood Elementary would close the following year. Coalwood would gain fame in the late-1990s with the release of The Rocket Boys, a memoir written by former NASA engineer Homer “Sonny” Hickam Jr. about his boyhood pursuit of amateur rocketry in the coal-mining town of Coalwood.