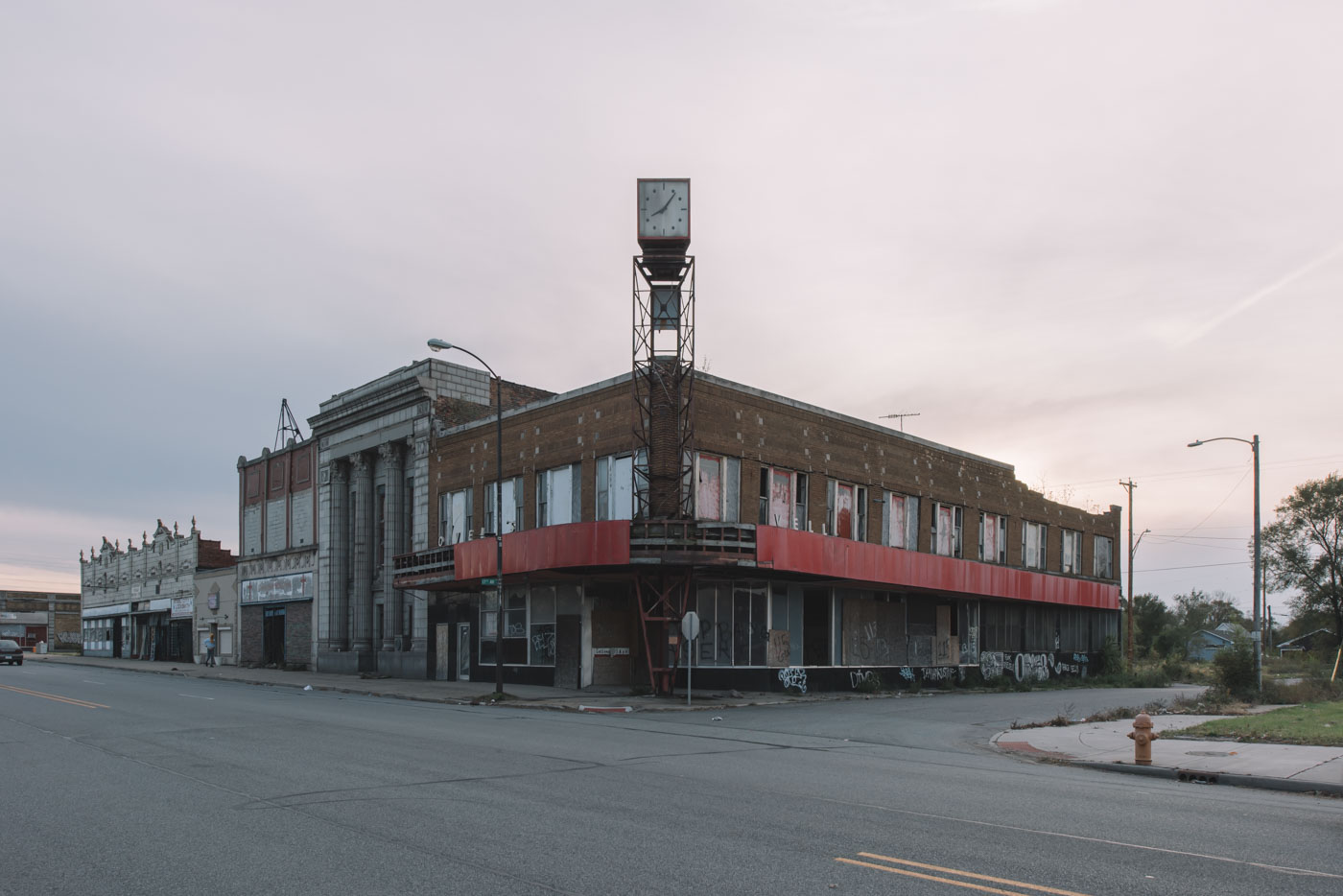 Lovell Amison was born in 1912 to Pearlene and Willie Amison in Tuscaloosa, Alabama. He came to Gary, Indiana at an early age and it was there he met Zelda Laverne Perkins. The two married in 1953 and had one daughter together, Sheryl Denyce Amison along with his stepson, Charles Banks, and two stepdaughters, Laverne Dillard and Charlene Fulton. Lovell opened the first Barber College in Northwest Indiana in 1959. He was well-liked and a well-known barber in the region, as well as a fierce boxing fan and loved going to boxing events. His wife died on March 23, 2002, and he soon followed on August 2, 2003. Their daughter Sheryl, who worked at Lovell’s Barber College for over 23 years died in 2006.

The building located at 1700 Broadway was built in 1915 and was formerly known as Gary Federal Savings & Loan Association building located right next door to the former American State Bank, another banking institution. Lovell moved his college into the building when Gary Federal Savings merged with Citizens Financial Bank in 1983. After its closure, the building was briefly occupied by Platinum Barbershop and Jenia’s Salon around 2009 but were both closed down by 2011. Over the years, the lettering which read “GARY FEDERAL SAVINGS & LOAN ASSOCIATION” was removed for safety, and portions of the facade had fallen apart.

On October 9, 2020, contractors were working on the roof as the building was being converted into office space when a fire erupted, heavily damaging the second floor of the building. The owner, Vanessa Braxton, initially planned to open the building in March 2021 to include a medical office, a mobile phone store, 15 office suites, a conference room and a virtual office for small business owners. Despite the damages, Braxton said the basement and first floor were still usable and a new plan would be drawn up.