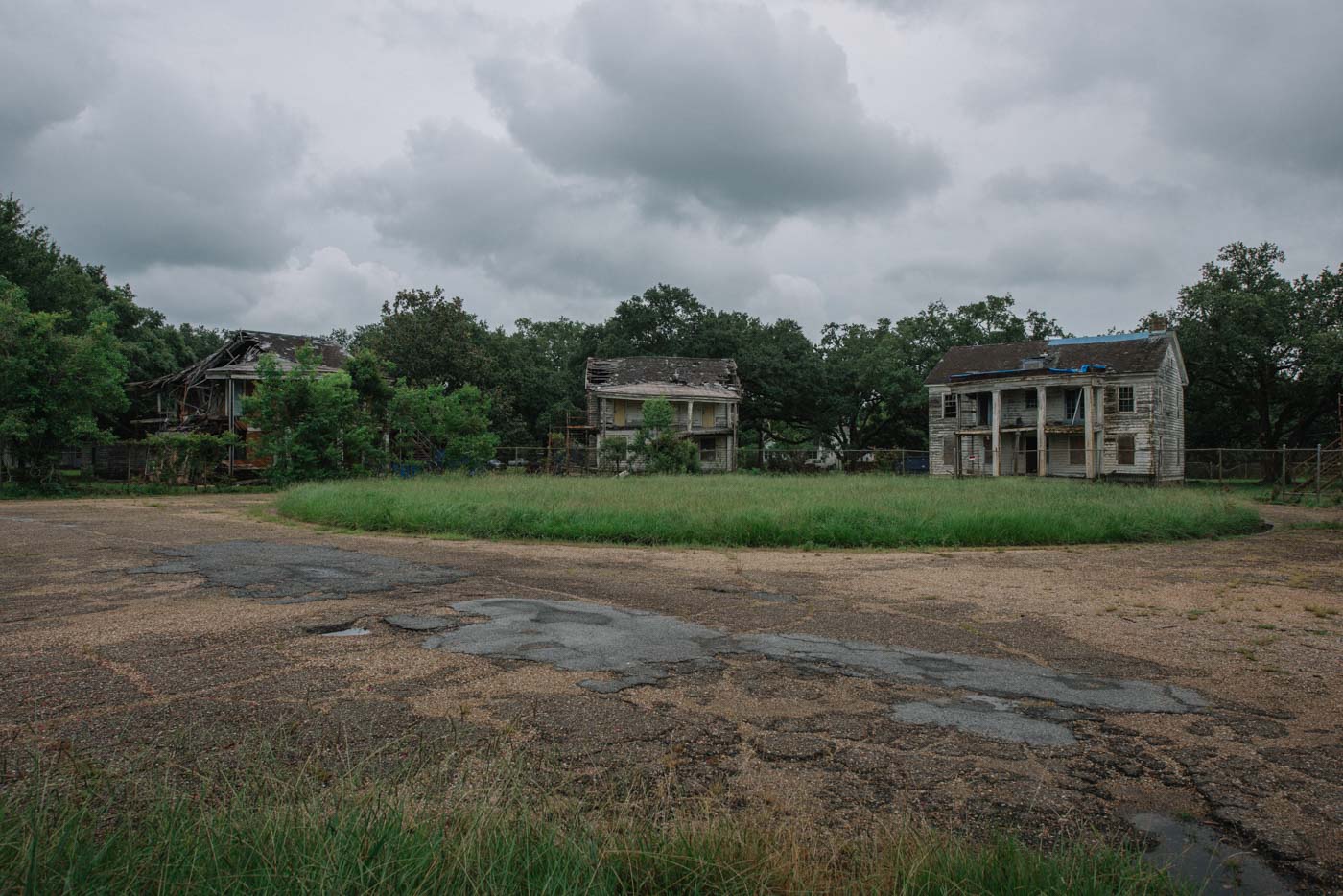 Camp Algiers was an internment camp located in New Orleans, Louisiana which housed Jewish refugees originally labeled as Nazi sympathizers. Following the attack on Pearl Harbor in 1941, the Roosevelt administration authorized the United States to detain allegedly potentially dangerous enemy aliens, known as the Enemy Alien Control Program ran by the State Department. FBI and other agencies forced tens of thousands of Japanese, Italian and German Americans into internment camps, based solely on their ancestry. According to Max Paul Friedman, a history professor at American University in Washington D.C., more than a million and a half-German lived in Latin America at the time. Fearing that some may be Nazi agitators, saboteurs, or spies who could potentially rise up and begin a new front, the Roosevelt administration ordered FBI agents to Latin America, find anyone suspected of being a Nazi and bring them back to the United States. Due to the war though, the best and highly-trained agents were either overseas or busy with homeland security. So bottom-levels agents, who could not speak Spanish or German and weren’t trained all too much, were sent to Latin America for this task. Because they didn’t have much talent, their methods were less than professional and relied on simply paying locals to give up their German-speaking neighbors. This opened a new level of corruption as Latin American dictators would falsely accuse their own residents as Nazis and then seize their property.

At the time, it was illegal for the United States to seize individuals from outside the country. To get around this, Latin American deportees were forced to give up their paperwork to officials on the transport boats. When they arrived at the port of New Orleans without any paperwork, they were denied visas. Because of this, they were then arrested on the grounds that they tried to enter the country illegally and were subject to internment. Once arrested, they were shipped off to various internment camps across Oklahoma, Texas, and Georgia. Because so many deportees were falsely accused, a large majority had no affiliation with the Nazi party. There were a decent number of people though once affiliated with the Nazi party throughout the camps. Because the United States was worried about the health and welfare of their own people imprisoned in Europe, they allowed these sympathizers to do as they pleased, be it flying the swastika flag, singing Nazi songs, or giving the Nazi salute. Of these deportees, approximately 81 of them were Jewish. A small number of them had actually fled Europe seeking refuge in the United States but were denied visas. So they went to Latin America instead where they were falsely accused of being Nazis, sent to the United States, and interned there with actual Nazis. Jewish internees were discriminated against and beaten in the camps. They demanded they be moved elsewhere, where they didn’t have to fear for their lives at the hands of Nazis. Camp commanders followed up by writing to Washington D.C., asking why they were housing and guarding whole families and the elderly, when they were supposed to be watching over dangerous Nazis.

Officials decided there would be a camp specifically to house those who opposed Nazis and their ideals. Camp Algiers in New Orleans was chosen as that camp and starting in 1942, most of the 81 Jewish internees and other innocent prisoners were relocated there. The camp would become known as the “camp for the innocents”. Residents of Camp Algiers had access to a library stocked with English, Spanish, and even a small number of German books. There was also a kitchen here where families enjoyed meals together, while single men ate separately from them. Residents were even ferried over to Canal Street where they could shop in the department stores there, and could even participate in the parades during Mardi Gras. Children were also allowed to go to school at nearby Algiers elementary and high schools.

Due to pressure from local advocates and the National Refugee Service against the detention of Jews and urging their release, a decision was made in 1943 to release them on a few conditions. They were sent to Detroit, Cincinnati, St. Louis, Philadelphia, Cleveland, and other large cities where they were watched over by an American foster family and had to regularly report to an immigration officer. Essentially, they were on parole. However, six Jews remained at Camp Algiers, in part because they were single males or because they could find someone to sponsor them if released. In 1944, a group of pro-Nazi Germans was sent to Camp Algiers and elected Kurt Ludecke, former advisor to Hitler, to head the internee committee. The “camp for the innocents” was no longer so innocent as interned Jews feared for their lives once again at the hands of Nazis.

After the war, many of the former internees remained in the United States. Most eventually made their way back home where they found that their property was gone or seized by the government and had to go
through a legal process to recover their property or start their lives from scratch. Camp Algiers was decommissioned and a portion of it is now used by U.S. Customs and Border Protection. Another portion was used by the Orleans Parish School Board until 2005 when Katrina severely damaged the buildings on the property. The school board sold the property in 2011 to First NBC Community Development Fund, LLC, a subsidiary of First NBC Bank. First NBC Bank would later collapse in the spring of 2017, but not before
offloading the property to another LLC. For years, the buildings on the property fell into ruin with many collapsing entirely. In 2018, all but one of the structures were demolished which has since been renovated.