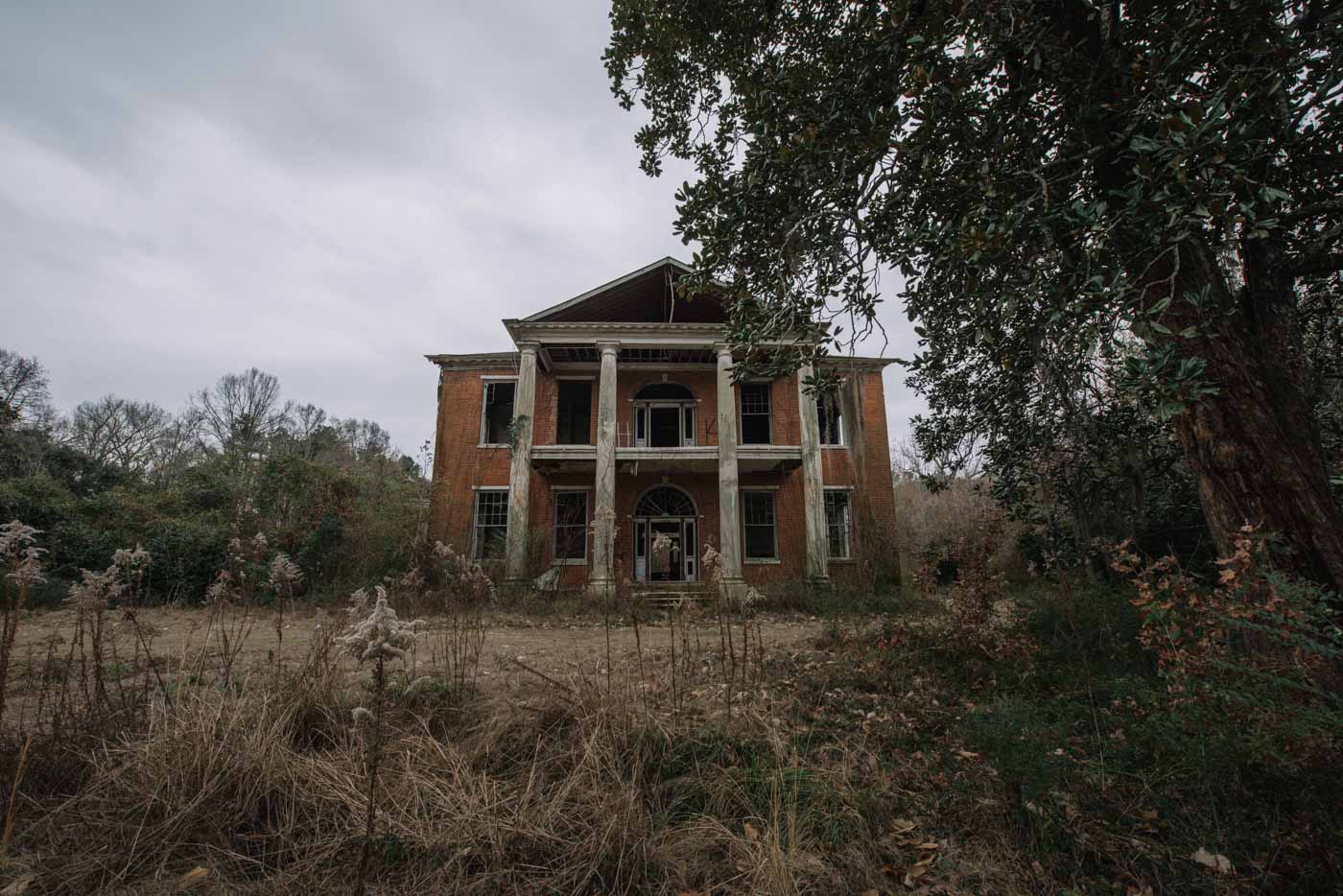 Located on the banks of the Mississippi River lies an abandoned antebellum known as Arlington in the city of Natchez, the county seat and only city in Adams County, Mississippi. First established in 1716 by French colonists, Natchez was once a prominent city during the antebellum years as a center for cotton planters and trade on the Mississippi River. With the invention of the cotton gin in 1793 and high demand for cotton at the time with the growth of the textile industry in England, the advent of the steamboat which allowed transport northward on the river, and an already established population of slaves in the Deep South, Natchez was in a
prime location.

The city attracted many Southern planters who grew crops of cotton and sugar cane using slave labor, exporting these crops upriver to northern cities and downriver to New Orleans. Many of these plantation owners built extravagant and elegant mansions, many of which still survive and serve as the city’s backdrop today. Though many of these antebellum mansions have been preserved, one of these grand homes hasn’t been so lucky.

Located on 55-acres in a wooded park, Arlington was built by John Hampton White, a native of Elizabethtown, New Jersey, and his wife, Jane Surget White. The actual year of Arlington’s construction is unknown but it is widely believed the home was built sometime between 1816 and 1820. The land Arlington now stands on was first purchased in 1806 by Lewis Evans, who used the land to establish a plantation and built a house. In 1814, a portion of the land was sold to Jonathan Thompson, a land speculator. According to deed records, he owned the property until he sold it to Jane White in 1818, with the deed mentioning “extensive improvements”. John Hampton White died on October 15, 1819, during a
yellow fever epidemic. Jane White died on July 1, 1825.

Although there is no documentation, Arlington’s design has long been attributed to Levi Weeks, the architect of the nearby Auburn antebellum mansion and many others in the area. Born in 1776 in Greenwich, Massachusetts, he moved to New York City in 1798 to work as a carpenter for his older brother Ezra. Gulielma “Elma” Sands, a young woman whom Weeks had been courting, went missing on the night of December 22, 1799, after leaving her boarding house with Weeks to be secretly married. Her body was found at the bottom of recently created Manhattan Well in Lispenard Meadows. The Manhattan Well Murder trial took place on March 31 and April 1, the first murder trial in the United States for which there are recorded transcripts. Through his brother’s connections and wealth, Weeks retained three of New York’s most prominent attorneys, Henry Brockholst Livingston, Aaron Burr, and Alexander Hamilton. Chief Justice John Lansing, Jr. presided on the bench, and future Mayor of New York Cadwallader David Colden was the prosecutor. Despite witness testimonies claiming to have seen Elma leave with Weeks and having seen Weeks measuring the well’s opening the Sunday before the murder, Weeks was acquitted after only 5 minutes of jury deliberations. Weeks was ostracized by the public as they had strongly disagreed with the verdict, forcing him to move away from New York. He settled in Natchez where he became a well-respected architect and builder, got married, and had four children.

The floor plan of Arlington consisted of a grand central hall that opened from the front door to the back, flanked by two rooms on each side, with a staircase located in separate hallways located between two of the rooms. This same floor plan can be seen at other antebellum mansions in the area, most notably Rosalie (ca.1820) which is a near carbon-copy of Arlington.

In 1973, Arlington was listed on the National Register of Historic Places and due to its historical and national significance, it was further declared a National Historic Landmark in 1974. It is one of only 40 National Landmarks in the entire state of Mississippi, 12 of which are in Natchez. Arlington was named the second most endangered historic property in Mississippi in 2009 by the Mississippi Heritage Trust who releases a top 10 endangered places list every year since 1999.

On September 17, 2002, Arlington suffered major damage due to a fire which destroyed the roof and most of the second floor, including many of the early furnishings and art that were inside of the mansion. Shortly thereafter, a new roof was built through the efforts of the Historic Natchez Foundation. Unfortunately, not much was done afterward to protect the house as vandals broke out all of its windows and defaced much of the interior and exterior woodwork. The Natchez Preservation Committee cited the current owner, Dr. Thomas Vaughan of Jackson, Mississippi for demolition by neglect in July 2008. In December 2009, Dr. Vaughan was charged and found guilty of demolition by neglect, and ordered to pay just a $259 fine. During the court hearing, which Dr. Vaughan never bothered to show up to, Building Inspector Paul Dawes reviewed a timeline dating back to when Dr. Vaughan was first cited for demolition by neglect by the Natchez Preservation Committee.

Dawes and other city officials have failed to get in contact with Dr. Vaughan in the past about maintaining the historic property. Dawes also submitted a letter by Mayor Jake Middleton and the Natchez Board of
Alderman citing Vaughan’s failure to obey a public safety violation concerning high grass and weeds growing around the property. Dawes submitted photos from February 2009 and December 2009 to illustrate how much the property had deteriorated in such a short amount of time. He also talked about drug paraphernalia littered around the property, as well as a bulldozer, backhoe, a man lift, a bucket truck. There were also two dump trucks that he explained were inoperable as vandals had removed the radiators from them. In 2012, Dr. Vaughan appeared in court once again due to not keeping the property up to code. Over the next two years, Vaughan was given a variety of fines including a citation in July 2013 which he pleaded guilty to in regards specifically to the overgrown lot.

It was first reported in August 2014 that Vaughan was looking into selling the property and was giving the judge overseeing his case continued updates on the upkeep of the property. Just a few months later, Vaughan had decided he did not want to sell the home as it has been in his family for many years but was working on improving the property by adding a gate at the driveway entrance and removing any graffiti from the walls. Despite this, the house is still very much in ruins and will remain in this condition for the foreseeable future.