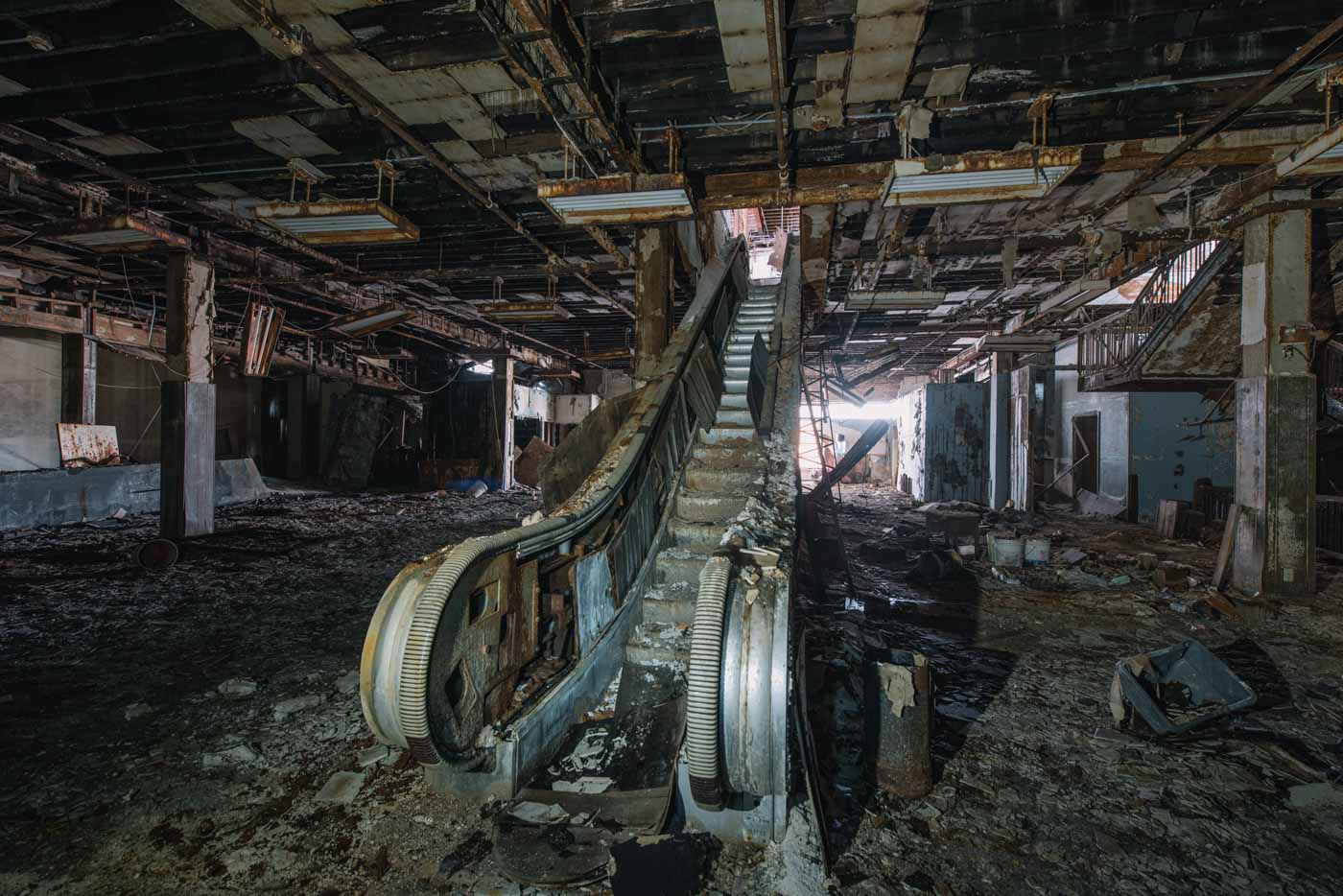 The former H. Gordon and Sons Department Store is an abandoned four-story brick building located in downtown Gary, Indiana. The building was originally constructed for the Benevolent and Protective Order of Elks to serve as a lodge. In 1923, architecture firm George W. Maher & Son was commissioned to design a new temple of the Order as they had outgrown their original location on West 6th Avenue and Washington Street. The building was designed in the Prarie School style with the first floor containing commercial storefronts while the upper floors contained lodge rooms, offices, bars, and banquet halls.

George W. Maher was a prominent and influential architect whose works are considered to be just as great as his contemporary, Frank Lloyd Wright. Maher was born in Mill Creek, West Virginia, and soon relocated with his parents to New Albany, Indiana, and later to Chicago in the 1870s. At 13 years old, he found work as an apprentice for the Chicago architectural firm of Augustus Bauer and Henry Hill. In 1887, he joined the office of architect Joseph Lyman Silsbee as a draftsman where he worked with Frank Lloyd Wright and George Grant Elmslie.

Maher’s early work reflected the influence of Joseph L. Silsbee, Henry Hobson Richardson, and Louis Sullivan. Maher is known for his residential work for the numerous houses he designed for clients ranging from middle-class businessmen to wealthy society figures. One of his most important designs is the John Farson House in Oak Park, Illinois. In his later years, he moved on to designing commercial and institutional buildings including six buildings in the city of Gary including the Gary Bathing Beach Bath House (1921), the Marquette Park Pavilion (1923), and his last work being Gary Heat, Light, and Water Company Warehouse (1926). Maher took his own life on September 12, 1926, after several years of declining health and depression.

The Benevolent and Protective Order of Elks moved out of the building in 1934, which was then remodeled for H. Gordon and Sons department store. On July 14, 1939, H. Gordon and Sons announced that it would close its store in nearby Whiting and consolidate it with its downtown Gary location. As part of the consolidation, a $75,000 renovation was planned for its Gary location involving the addition of a fourth floor, and new departments throughout the store.

In January 1973, the food stamp offices moved into the main floor and basement of the H. Gordon and Sons building and the county welfare department followed by moving into the second, third, and fourth floors. In the early-1990s, the welfare department, renamed Division of Family and Children, began looking for larger offices due to a lack of space for its computers. The adjoining Sears, Roebuck & Company building, abandoned in 1974, was chosen and in early-1993, work began on a $6 million renovation of the new site with construction estimated to be completed by July 1993. The project was delayed by over a year due to supplier and financial issues and was completed in late-1995. Shortly after, the Division of Family and Children move out of the former H. Gordon and Sons building into its new location

In 1994, it was added to the National Register of Historic Places as a contributing structure of the Gary City Center Historic District. Since its vacancy, the building’s interior wooden framework is beyond repair as large portions of the floors have collapsed due to water damage throughout the entire building.