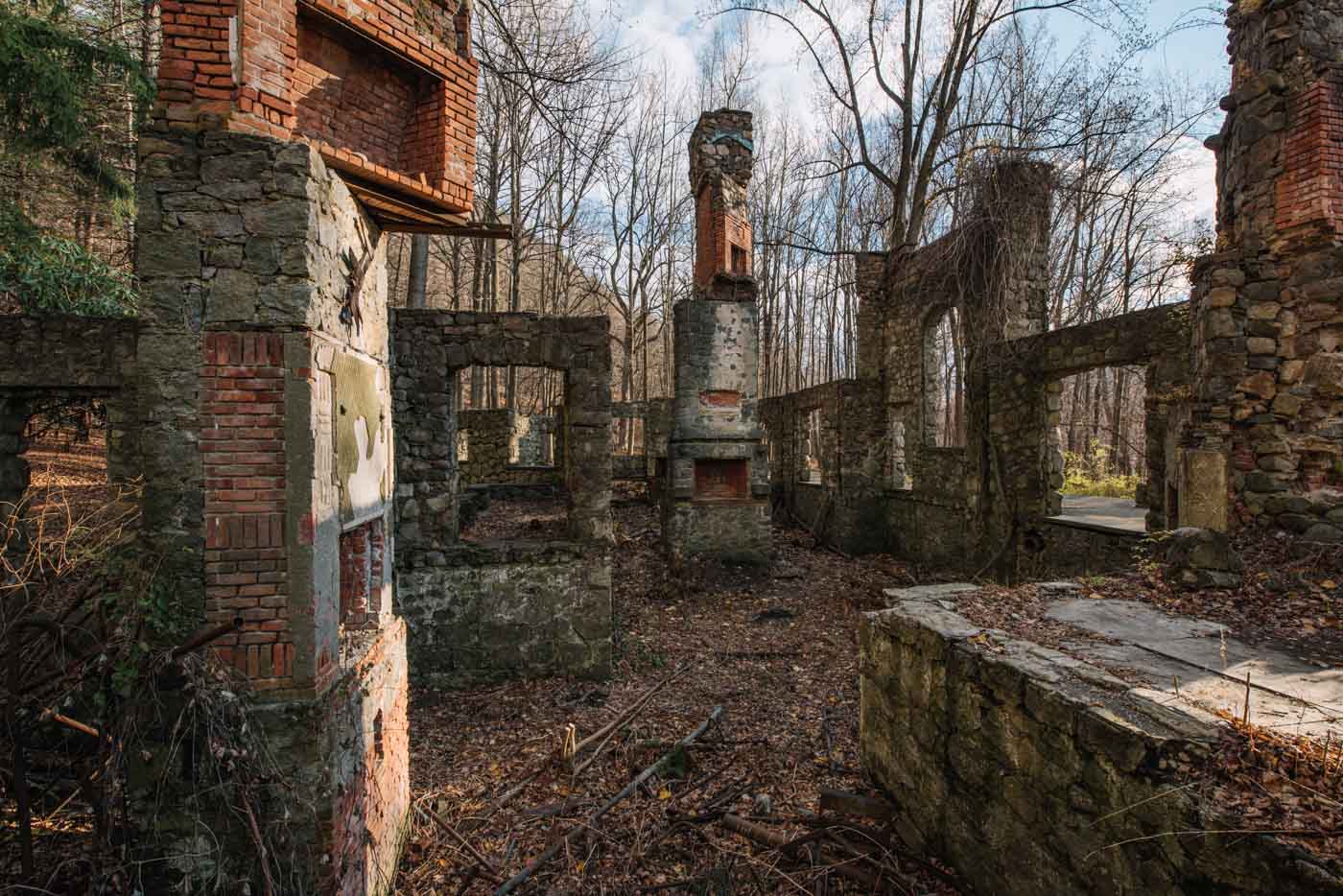 Built by Sigmund Stern in the early 1910s, his estate near Cold Spring, New York included the mansion, a garage, swimming pool, gardens, and other outbuildings.

Just a few years after its construction, and after the death of his wife, Stern sold the estate to newlyweds Edward and Selina Cornish. Though they referred to their estate as ‘Northgate’, it is now more commonly known as the Cornish Estate Ruins. In May 1938, Edward and Selina died within two weeks of each other. Nephew Joel O’Donnell Cornish was responsible for the estate after their deaths and it is believed that while the property was maintained during the 1950s, it probably wasn’t occupied. A fire in 1958 destroyed most of the mansion. The estate was sold in 1963 to Central Hudson Gas and Electric who had briefly planned on building a power plant on Breakneck Ridge. By the end of the 1960s however, the ruins of the Cornish Estate became part of the newly-formed Hudson Highlands State Park.