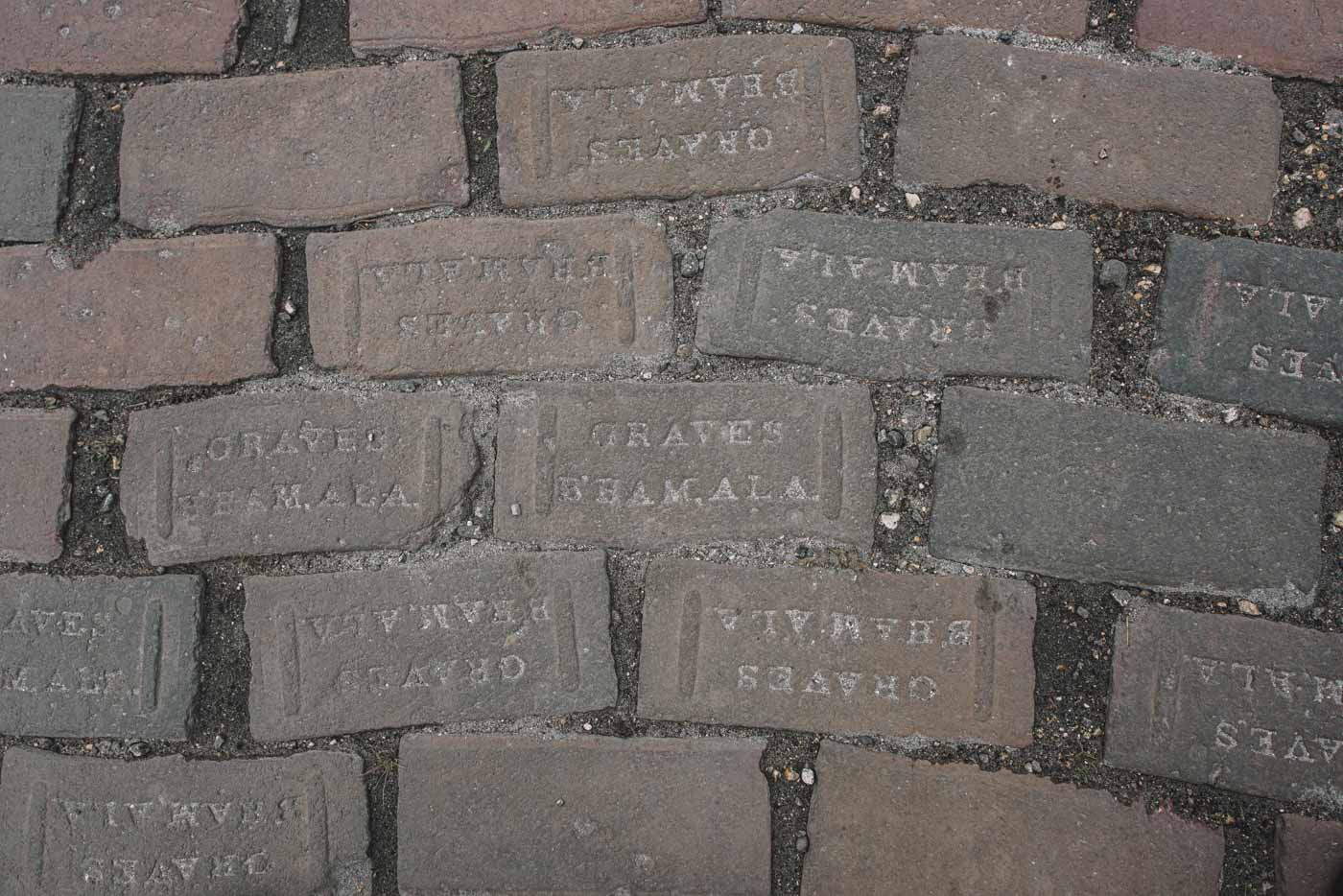 History of the Graves Brick Company

The Graves Brick Company was organized by William H. Graves in the early twentieth century. William Henry Graves was born on September 7, 1833, in Knoxville, Tennessee, the son of George Clinton Graves and Charlotte Logan Sprinkle. His family resided in Knoxville but after his parents’ deaths, he and his sister were raised in Wytheville on their mother’s family’s farm. He earned a bachelor’s degree in arts in 1856, and a bachelor’s degree in law in 1857 before moving back to Knoxville to practice law.

At the start of the Civil War, Graves volunteered for the Confederacy, sending all but one of his slaves to a plantation in Georgia. He began his service in Joseph Wheeler’s Calvary and earned his commission as an artillery officer in C. C. Crews’ 1st Brigade, rising to the rank of captain before the end of the war. He fought in the Battle of Chickamauga in September 1863 and was present at Bennett Place in April 1865 where Joseph E. Johnston surrendered to William T. Sherman effectively ending the war.

Although his personal slave had left him after the end of the war, Graves took his remaining horse and mule to the plantation in Georgia where he had sent his other slaves. Upon his arrival, they presented him with $500 in gold which they had earned working at a nearby sawmill. With that money, Graves was able to begin practicing law again in Montgomery, Alabama. On October 27, 1869, he married Florida Whiting, the daughter of John Whiting, president of the South & North Alabama Railroad Company. He and his wife had three children together. By 1884, he and his family resided in the former residence of Thomas M. Cowles, a palatial mansion of brick and stone, built upon the banks of the Alabama River located on River Street. Both the mansion and River Street no longer exist. Through descriptions published in old newspapers, it is my assumption that the mansion was located around where the Montgomery Advertiser headquarters is now located.

Graves became involved in the growth of the new city of Birmingham, investing in the construction of commercial buildings on the city’s Southside, and succeeded Henry Caldwell as president of the Birmingham Trust & Savings Company. He hired architects Wheelock & Wheelock, who would go on to design the Birmingham Trust & Savings Company’s first banking office in 1902, to design a personal residence for his family. In 1889, he sold his Montgomery mansion to the Atlantic Coast Line Railway and moved to Birmingham on January 1, 1890.

After only six months, Graves was forced to resign from his position at the bank due to falling ill, and after recuperating he focused on his law practice and his real-estate developments. In 1901 he founded the Graves Shale Brick Company, manufacturer of building and paving bricks to supply his own construction projects such as the Graves Building. The Graves Building is a four-story commercial building located in downtown Birmingham, built in 1904 and designed by Harry Wheelock of Wheelock & Wheelock. By then, all three of his daughters were married off. He soon became a supplier to not only the City of Birmingham, but other cities as well such as St. Augustine and Tampa, Florida, and in the construction of Carl G. Fisher’s Dixie Highway. His son-in-law Harrison S. Matthews joined him as a partner in the brick making business, organizing a separate Graves-Matthews Paving Company. The profits from these ventures eventually allowed Graves to retire from the active practice of law. Both companies would later close in 1920.

Having been relieved of his business responsibilities, Graves used his time pursuing scholarly interests such as embarking on a detailed study on the political writings of Thomas Paine. He became so fascinated in Paine that became involved in the Thomas Paine National Historical Association and visited the homestead and museum in New Rochelle, New York in 1914. Decades before, Graves had developed a revelation in the summer before he entered college, that Paine was the pseudonym “Junius” whose letters criticizing George III’s monarchy had been published to great import in the London press between 1769 and 1772. He published a book in 1917 titled “Junius Finally Discovered” detailing his reasonings behind this claim but it was generally not accepted. On a side note, a writer by the name of Joel Moody also published claiming being Junius. Interestingly enough, in a footnote to the 1890 edition of Thomas Paine’s The Age of Reason, editor Moncure Daniel Conway wrote that Paine likely thought Tom Hollis to be Junius as the french edition of his book has the name Junius translated to “John Hollis”.

Graves’ wife died on January 16, 1922, and was buried at Elmwood Cemetery at the Graves family plot. William Graves spent his summers in Asheville, North Carolina, where he died from pneumonia in July 1933. On another side note, there are two death records for William Graves, Alabama and North Carolina. Presumably, this is because he died in North Carolina and was buried in Alabama. The North Carolina record shows he was born in Knoxville, TN, while the Alabama record shows he was born in Wytheville, Virginia. He is buried at Elmwood Cemetery in Birmingham alongside his wife and two of their daughters.